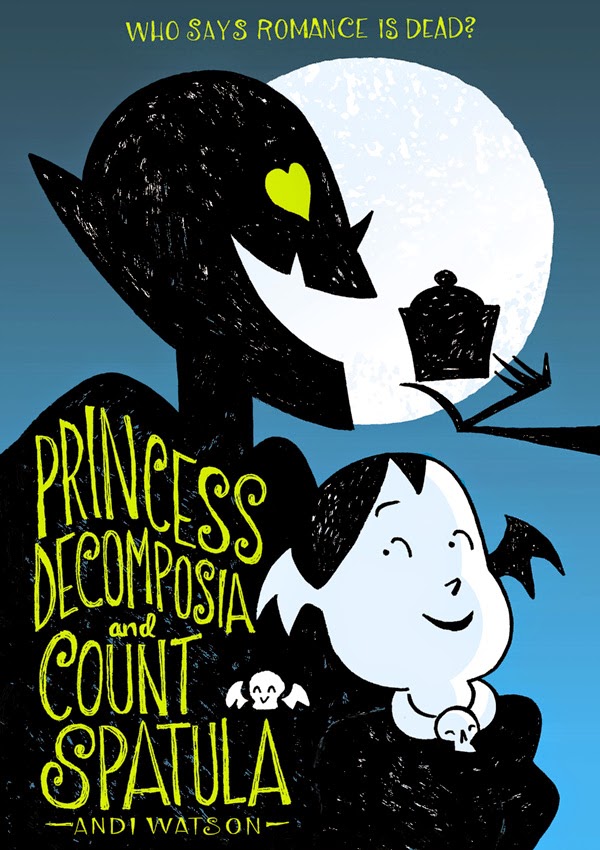 Princess Decomposia and Count Spatula is a delightful and fun graphic novel for all ages. It stars a great number of interesting characters, the main three being the dutiful, overworked Princess Decomposia, the hypochondriac and finicky King Wulfrun who won't leave his bed, and Count Spatula, the vampire chef with a huge sweet tooth and a penchant for making desserts. The king is leery of this new chef, not only because of his generous use of spices but also because of how familiar he is becoming with his daughter. Decomposia is just happy to have someone to relate to and watch out for her. 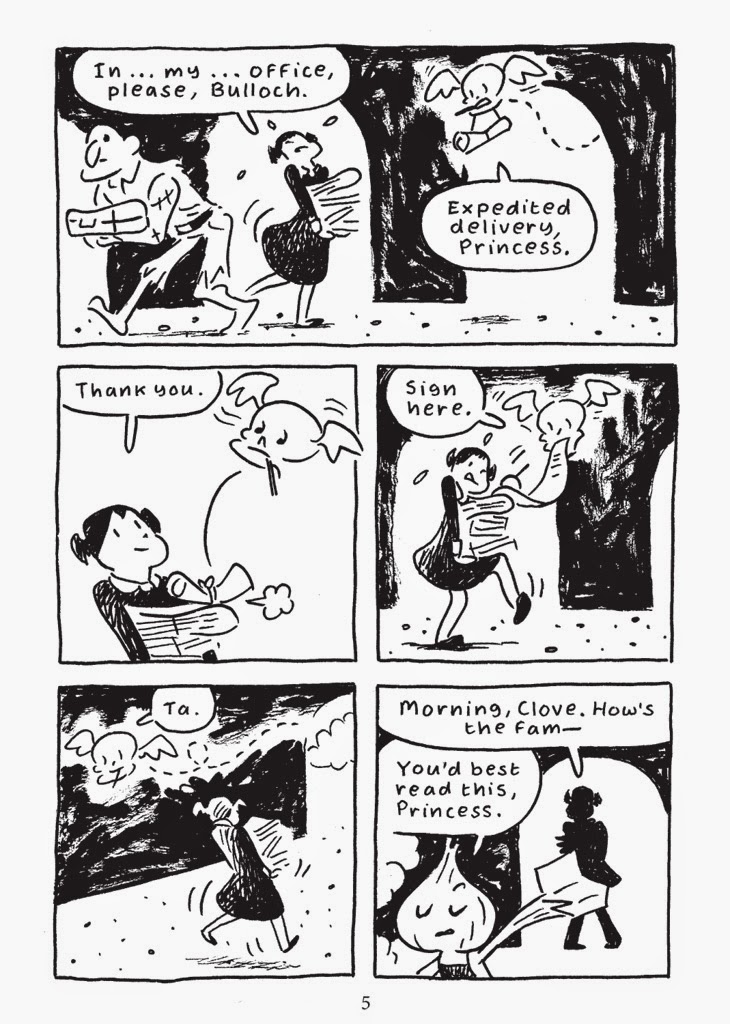 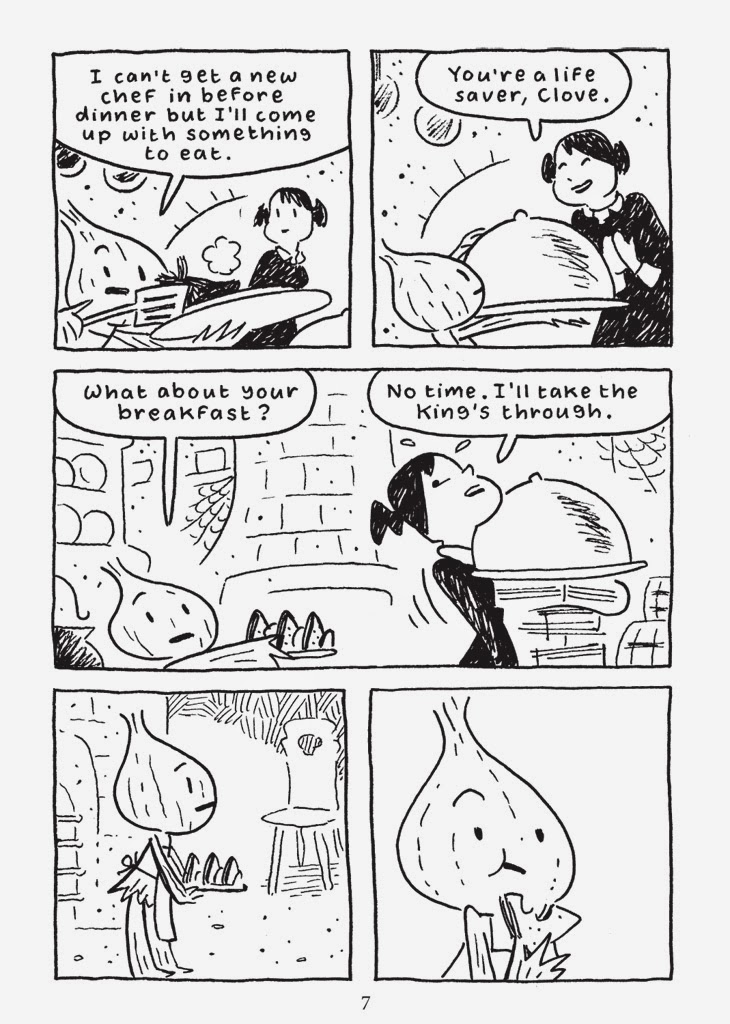 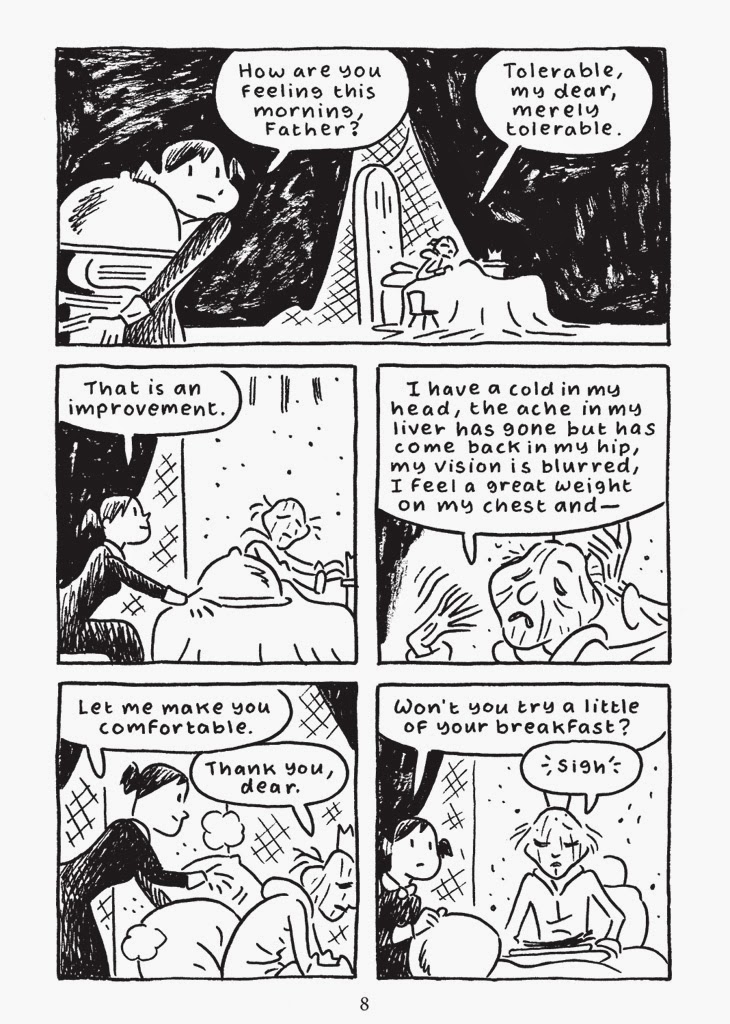 Even though the setting is the underworld and the artwork is appropriately atmospheric in black and white, this book is still effervescent. As you can see from the excerpt above, the artwork is charmingly attractive, with simple linework that conveys action and emotions in very clear, concise manner. I also liked that the characters were not mere stereotypes but more complex and well developed personalities. But my favorite part of the book has to be its playfully oddball supporting cast, from an anthropomorphic garlic clove to a snooty werewolf leader to a blustery zombie general.

Writer/artist Andi Watson is best known for his series Skeleton Key as well as his more recent picture book series Glister and Gum Girl. He also wrote a number of Buffy the Vampire Slayer comic books for Dark Horse. Watson speaks about his work on Princess Decomposia and Count Spatula in these two interviews.

All of the reviews I have read about this book have been positive. Dan Kois called it "delightful" because Watson's "character design is elegantly simple, so these cartoony inhuman figures are able to feel and display a thrillingly human range of emotions." Norah Piehl called it "a winning story of love, death and desserts." Publishers Weekly summed up, "it’s a comic that will charm younger readers and adults alike."

Princess Decomposia and Count Spatula was published by First Second, who have a preview and much more available here. 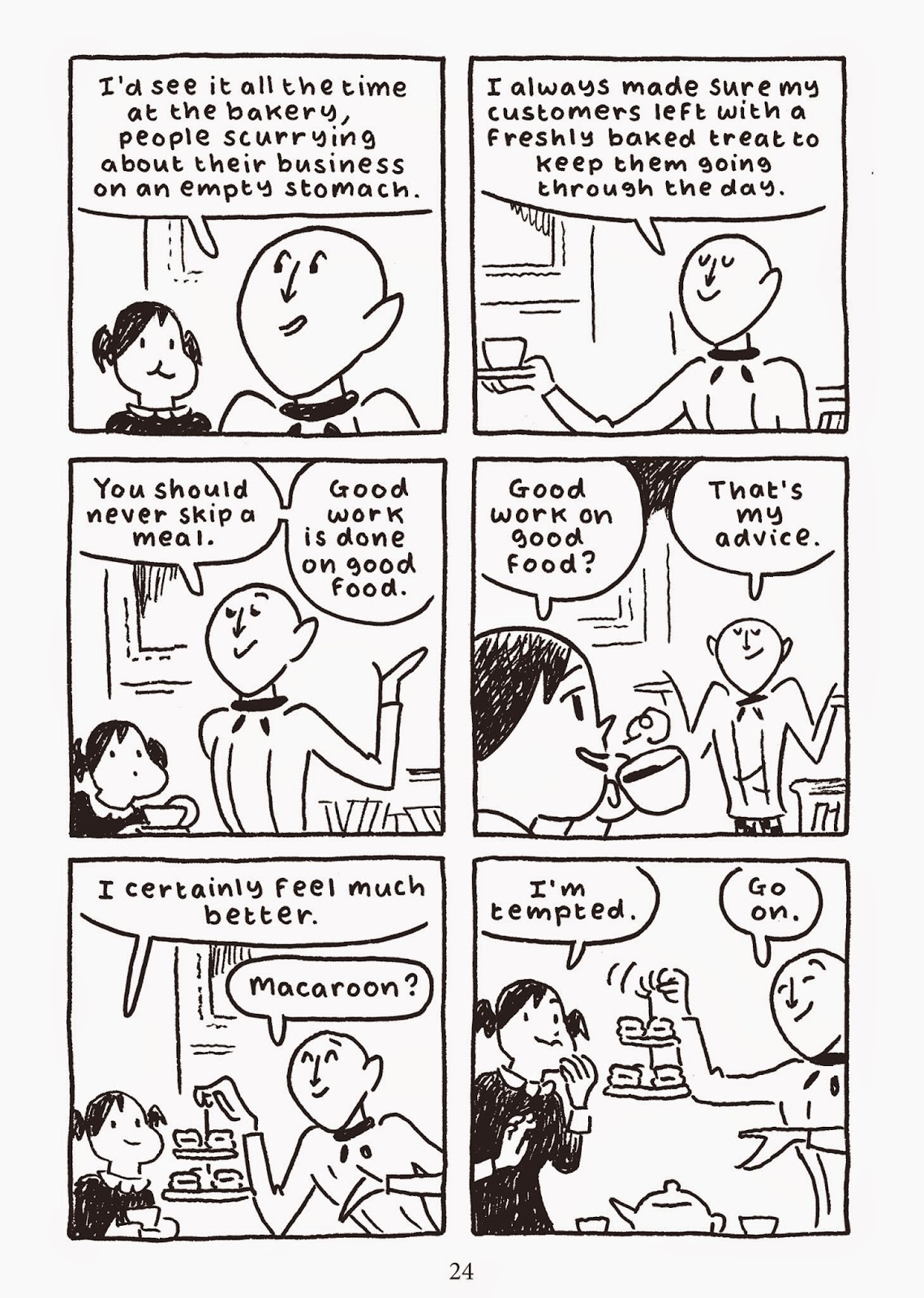