Will Eisner Week day 4 has me looking at a graphic novel that is a compilation of mini-comics. 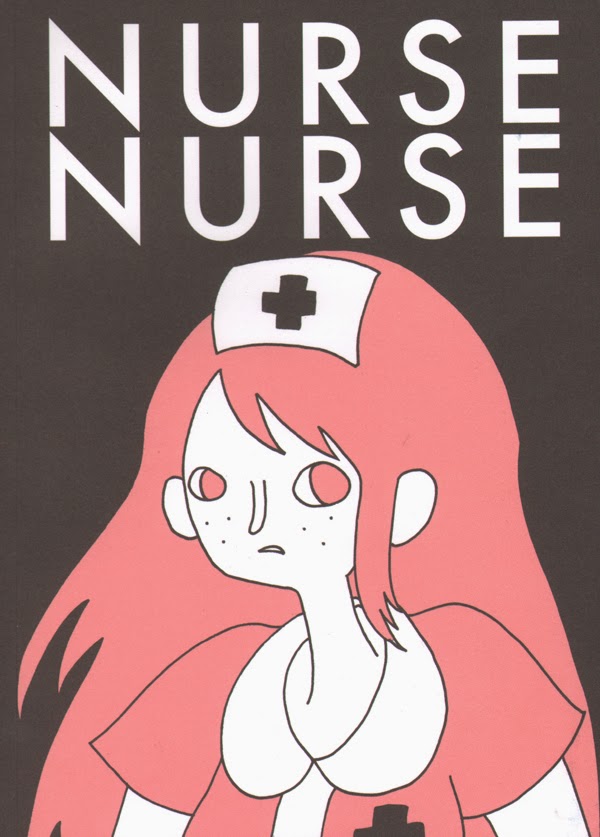 Nurse Nurse's creator Katie Skelly published 7 separate mini-comics, which are collected here along with the never before published 8th chapter that wraps the story up. On her website she called the book "Psychedelic Nurses in Outer Space," and I have to say that's a pretty apt description. The set-up is as follows:
The main character is Gemma, a nurse in training who has to deal with some pretty competitive fellow nurses. She starts out on Venus, but ends up on Mars and beyond. She has so many episodes but they are all pretty light and fluffy. Additionally, her adventures are dreamlike and random, but there are lots of fantastical features, such as deer wearing space helmets, space pirates (one who dresses like a panda), a cosmic band of musicians, an evil ex-boyfriend, weird television commercials, a mischievous three-eyed squirrel critter, and butterflies that pack an aphrodisiac punch. I was impressed with the imaginative range of character design and world building throughout. And although I enjoy the narrative jaunts, for the most part they are pretty loosely tied together. The real star for me here is the pictures. I very much enjoy Skelly's art style, with its 1960s psychedelia, flourishes in lettering, tiny details, eruptive images, and clean, flowing linework. The whole book crackles with a fun, exciting energy. 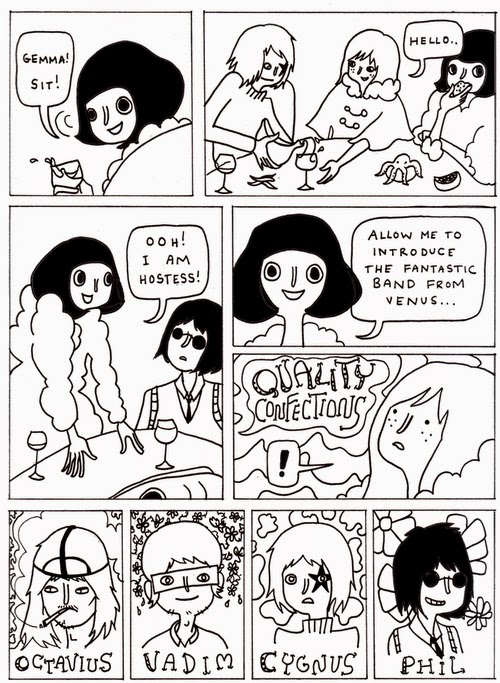 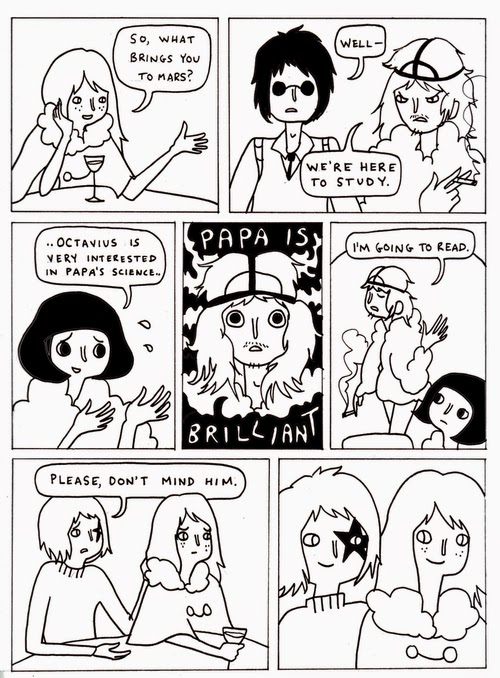 Reviews I have read of the book have been mostly positive, though some offer reservations. Rob Clough wrote of it, "The overall effect is a breezy, lighthearted, relentlessly strange and amusing narrative that must be accepted by the reader on its own terms." Suzette Smith called it "an amazing exploration of the experience of a modern liberated woman in space." Sean T. Collins marveled at the "endearing cartooning style" and strong character designs but in the end felt let down by the incomplete, somewhat rushed story.

If you like Skelly's comics here, you might also want to check out her other mini-comics collection Operation Margarine.

Nurse Nurse is available from Sparkplug Books.
Posted by Stergios Botzakis at 12:00 PM