Andre the Giant: Life and Legend 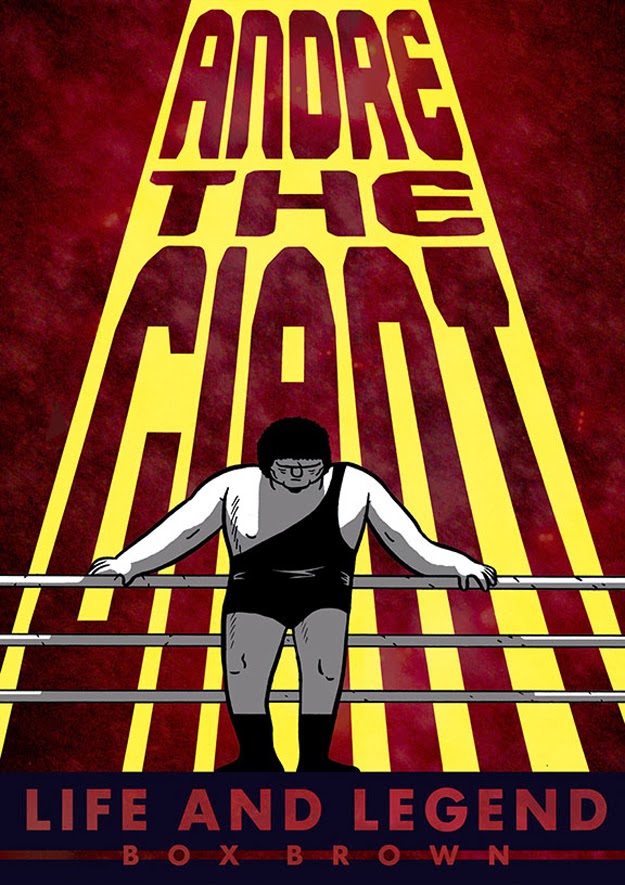 Box Brown is someone whose work I follow. He makes comics and also promotes an independent spirit for other comics creators with Retrofit, the publishing company he runs. I love his desire to publish comics of all shapes and sizes. I love his clean lines and geometric figures. I love how the deceptive simplicity of his stories and his artwork combine into some truly evocative and emotional scenes. I think he has created some masterful comics and also some well done shorter pieces. I have noticed upon reflection that his stories tend to focus on exceptional loners or isolated people, like Noah from The Survivalist, who is striving to survive in a doomsday scenario, or Phoebe, a banker who is looking for some summer fun in Beach Girls. 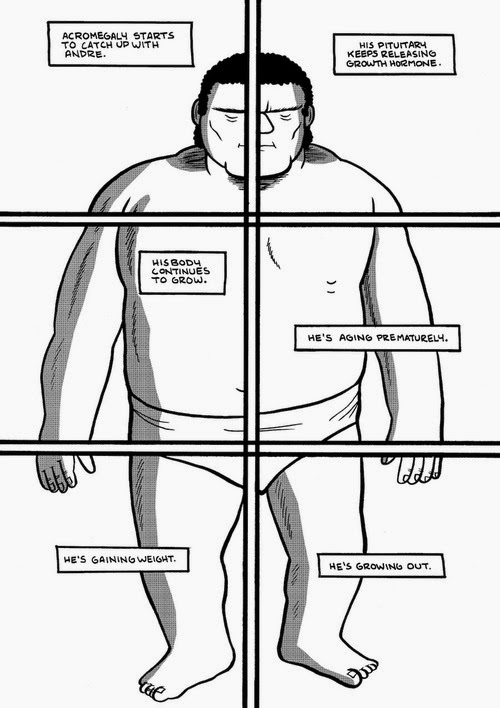 Brown is also a big fan of professional wrestling, and I think he has found his ideal subject in Andre the Giant. Andre was huge in a couple of senses. He suffered from acromegaly, a hormonal disorder where too much growth hormone is produced. He grew to be 7 ft 4 in tall and he weighed well over 500 pounds (maybe tipping the scales at 700 toward the end of his life), and his immense size catapulted him to the top of professional wrestling. He found international fame and toured the world. He fought boxers in exhibition matches. He even went on to bigger fame in Hollywood as Fezzik in the classic movie The Princess Bride. 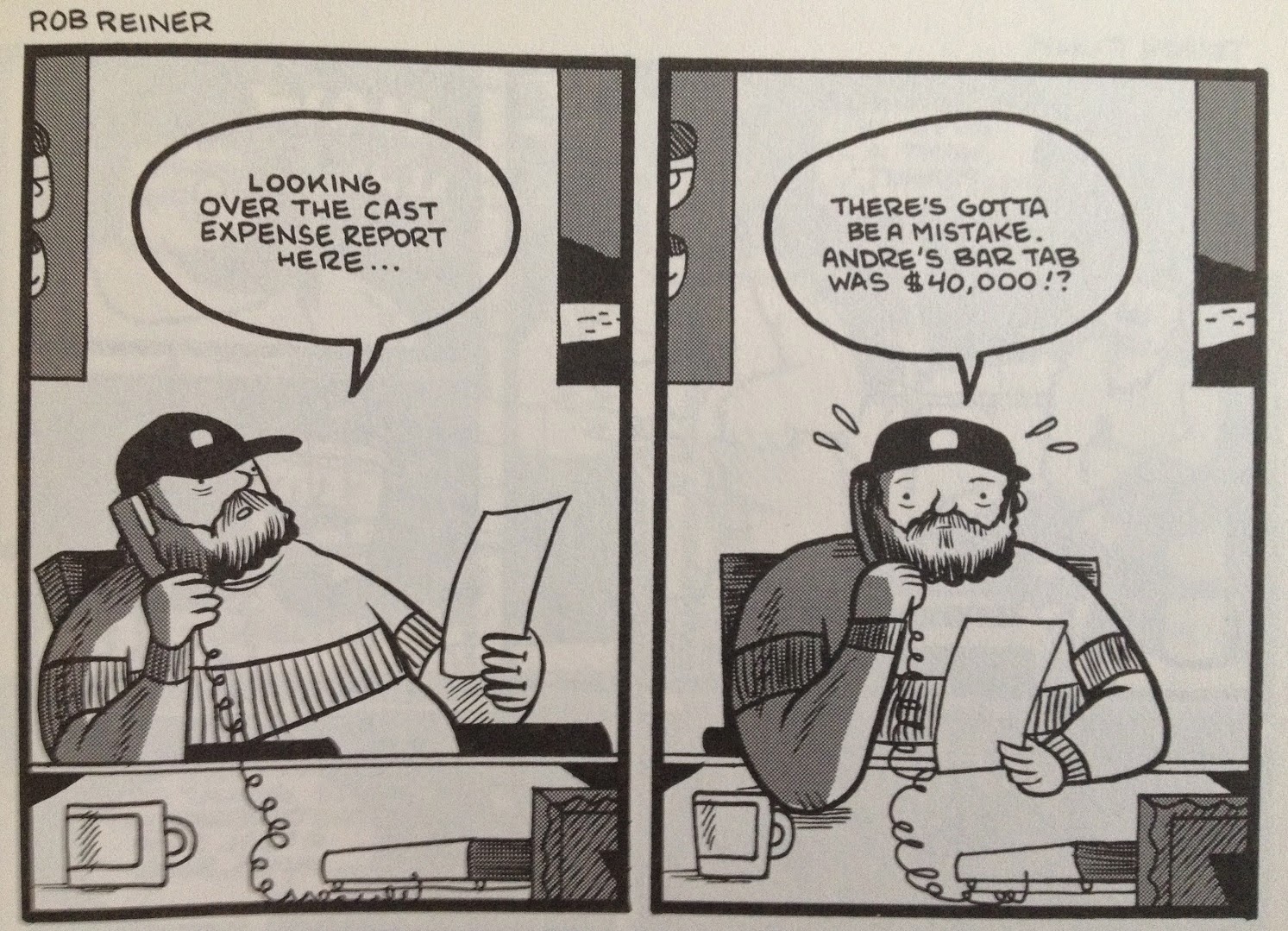 Brown shows all of these highlights from his life, including the incredible fact that he was neighbors with playwright Samuel Beckett, who ended up driving Andre to school when he grew too large to take the bus. But he also shows a lot of the small moments, with Andre playing cards on the road, his prankster side (he apparently was a big fan of farting in elevators), and his self-medicating with alcohol to sooth his many aches and pains. Andre is presented as a looming but tragic figure and not without faults.  Brown depicts a few instances culled from different accounts where he was casually racist and also recounts how later in life he became somewhat of a deadbeat dad. Brown makes the giant human but also shows his flaws and darker sides, and those aspects are what make this graphic biography truly compelling reading. It is simultaneously an exposé and a tribute to the man. 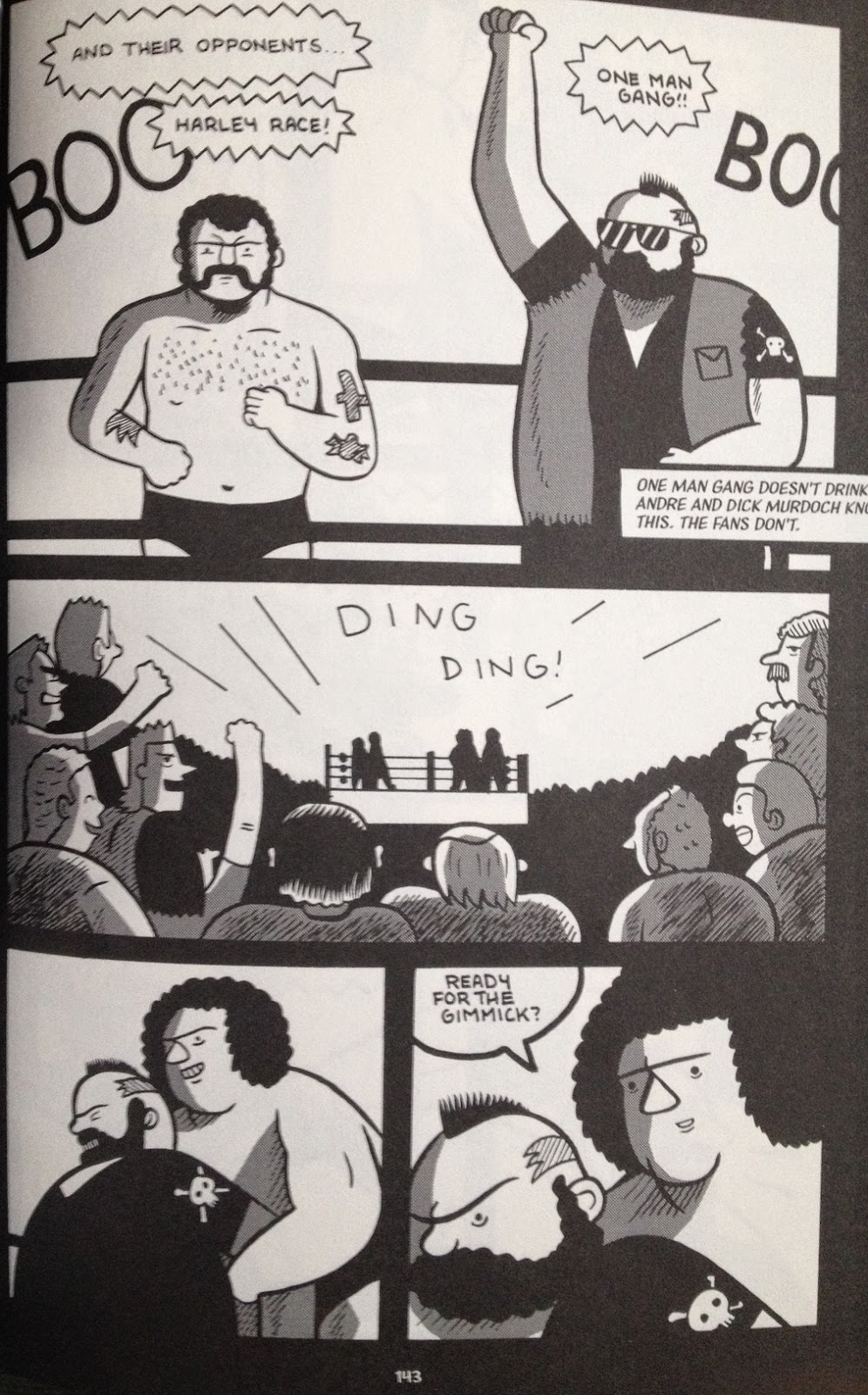 Almost all of the reviews I have seen about this book have been positive. Alan David Doane wrote, "If you don’t care about the subject matter, I suspect you’ll still enjoy Andre The Giant: Life and Legend; if you do care about wrestling in general or Andre in particular, I have to think you will love this book." Publishers Weekly called it "An engaging biography of a literally larger-than-life character." Chris Sims summed up, "There’s a love in this book, but there’s an honesty, too, and it comes through in every scene, even when the truth, strictly speaking, is exaggerated just a bit." Friend of mine and scholar Bill Boerman-Cornell regretted that there was too much drinking, swearing, and violence in this book to use it for school purposes, "because this is a subject kids would really be interested in."

Andre the Giant: Life and Legend was published by First Second. They have a preview and more information here. Another 10 page preview is also available at Tor.com.

Thank you, Gina, for the preview copy! 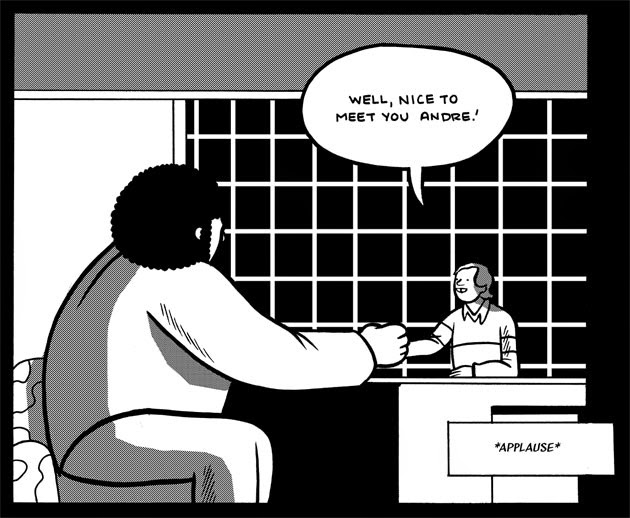