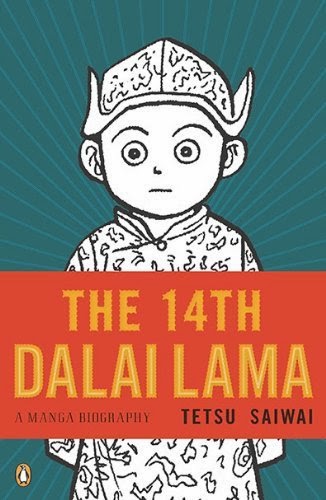 The Dalai Lama is an internationally known religious figure, the spiritual leader of the Tibetan people who has lived in exile since 1959. This book chronicles his life from the time he was 2 years old and showed the signs of being the reincarnation of the religious and political leader. He left his home of humble means and went on to be taught by monks and to assume his role in the Buddhist faith and as ruler of Tibet. 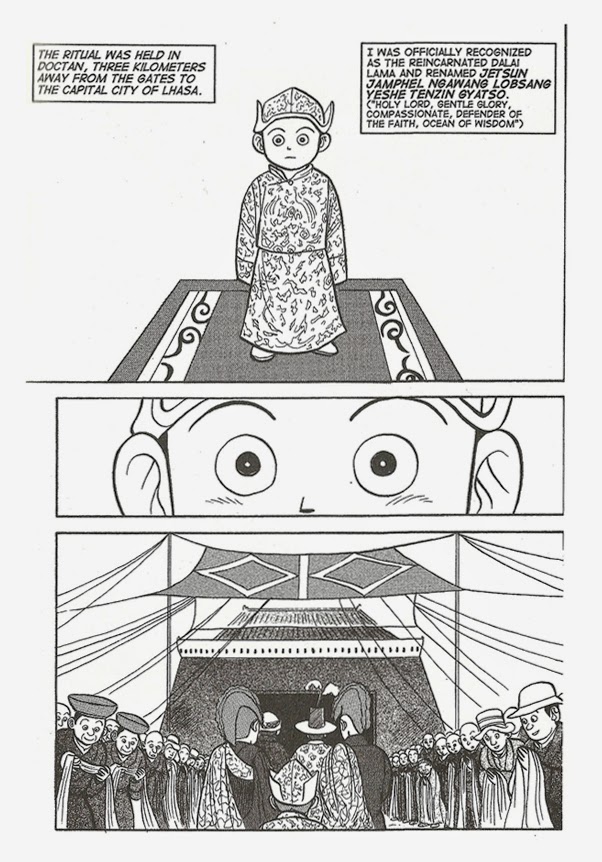 Following in the years after World War II, Mao Tse-tung led the Cultural Revolution in China, and communism came to great prominence. The communist Chinese forces eventually turned their attention to "liberating" Tibet from an imperialist regime and returning governance to the people. These invading forces are depicted as cruel and savage, committing many atrocities against the Tibetan people. 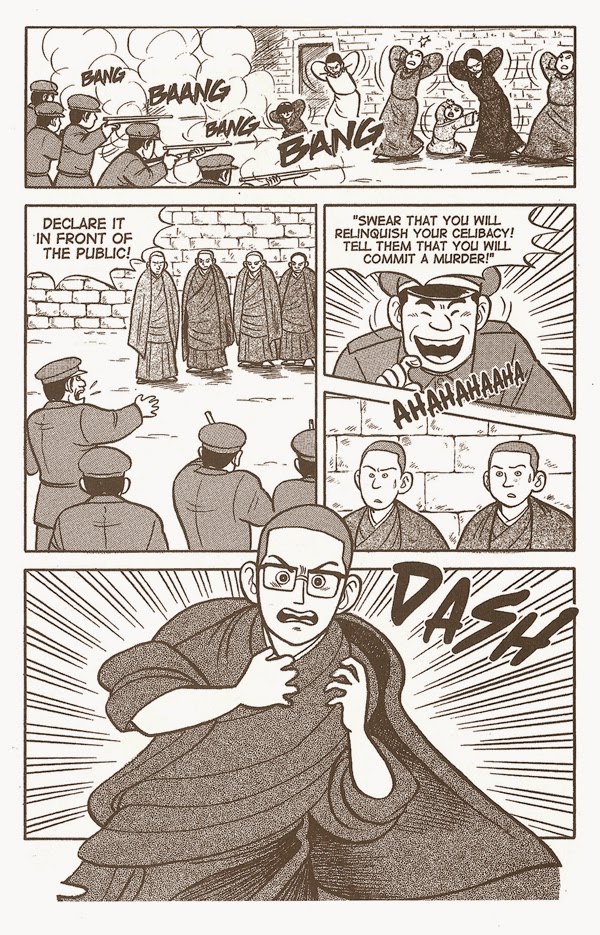 The invasion led to great periods of unrest, and the Lama was challenged on many sides as a young leader. Although he advocated non-violent resolutions to the situation, he finally fled to India.The last part of the book focuses on him in more recent years, winning the Nobel Peace Prize and being an advocate for a free Tibet and various humanitarian efforts and institutes. 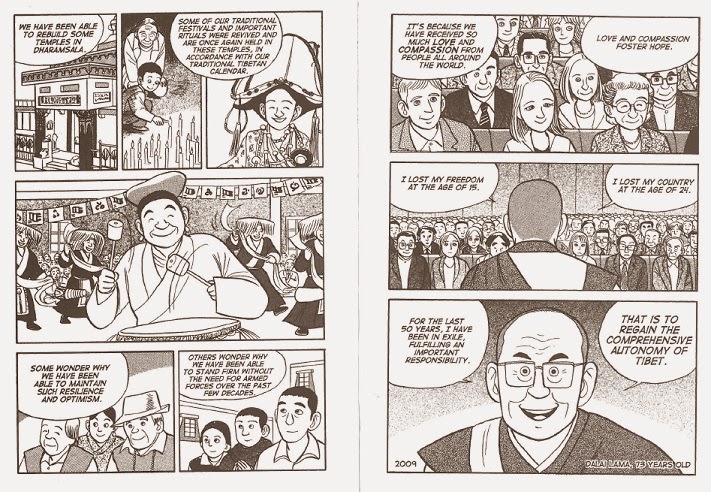 This book is part of a series of Penguin-published manga biographies about such figures as Gandhi and Che Guevara. I think it is a great introduction to the life of the Dalai Lama, and it has as many facts as a Wikipedia entry and much better graphics. That said, I found it a tad dry, just the facts without much emotion. The traditional manga style is attractive, and it probably makes the book much more universally accessible, but I also think the art is a bit generic, bordering on antiseptic, and when coupled with an overly journalistic writing style, the whole enterprise comes off as polished but not so enticing. There is much preaching to the choir, and I am not so sure this book would win over converts who were not familiar with these facts and struggles.

I was not able to find much information on this book's creator, Tetsu Saiwai. From his publisher's biography I learned that he has drawn many educational manga over the past 20 years and that he is a puppeteer and puppetry enthusiast.

The reviews of this book I have read are positive, though not overwhelmingly so. The Examiner's Raymond Herrera recommended, "For those younger readers out there that would like to read a historically based manga that is both entertaining and educational this is surely a manga worth looking into." The reviewer at Publishers Weekly felt that this biography lacked nuance and "Tetsu's lack of perspective ultimately works to flatten, not enhance, the story." CNN's Gabe LaMonica reported positively that "Saiwai’s book is a quick read packed with the history of a life that spans nearly eight decades. It’s a tribute to the book’s form that so much is conveyed in such a small space."

The 14th Dalai Lama was published in the USA by Penguin.