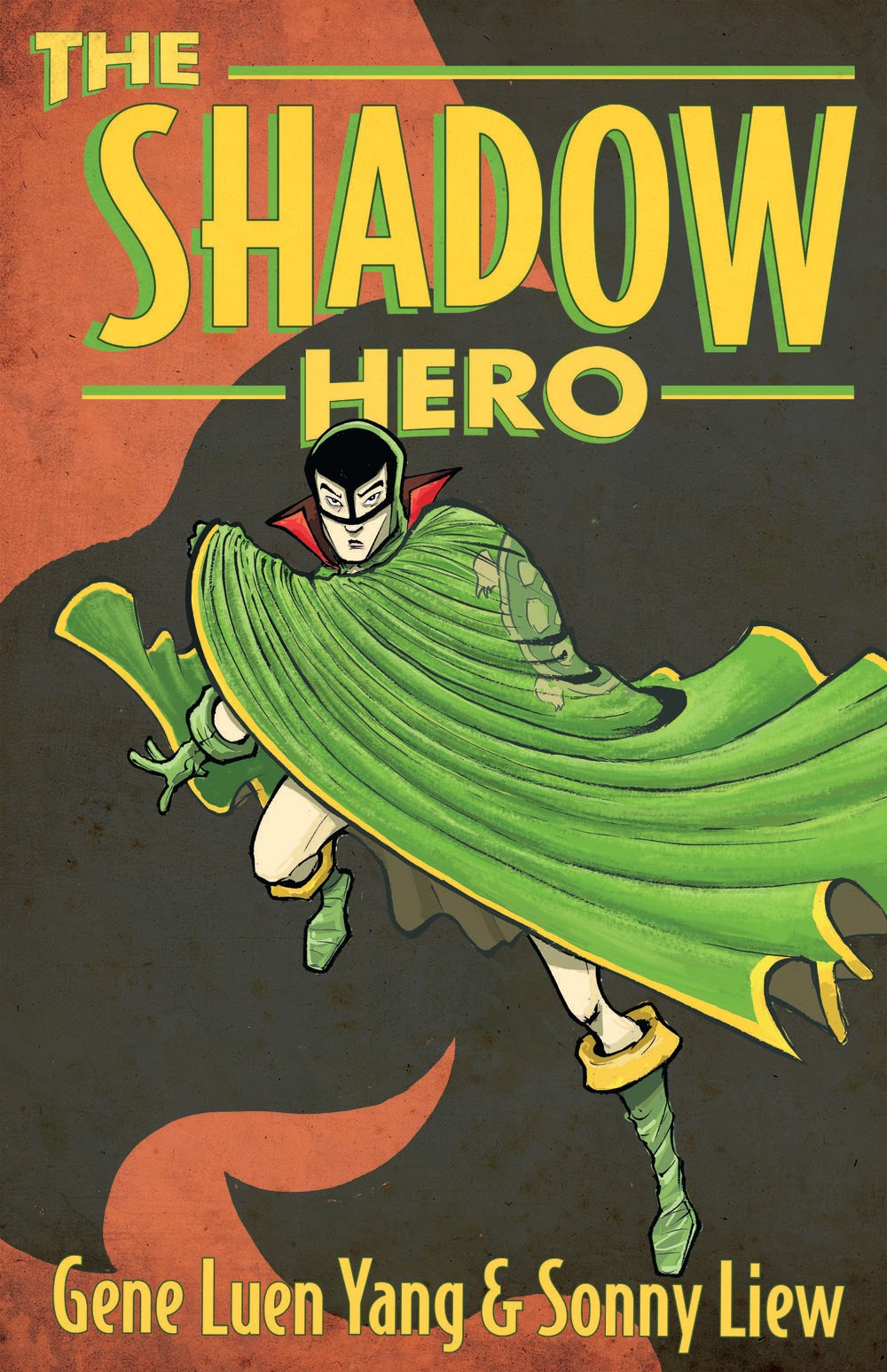 Gene Yang is one of the premier comics creators working today. He won the Printz Award for his graphic novel American Born Chinese, and he explores themes of immigration, belief, identity, and growing up in his many works, including The Eternal Smile, Level Up, and the twin volumes Boxers & Saints. In The Shadow Hero he once again weaves a tale of immigrant identity, only this time in a superhero narrative. The protagonist in this book is Hank Chu, the son of Chinese immigrants. He works in his dad's grocery store, and after one fateful day his mother insists he become a superhero. The sequence where she tries to get him powers is pretty hilarious.
It's not exactly the typical superhero origin story, but this is not exactly the typical superhero. Even though he has no powers, Hank trains hard and ends up becoming the Green Turtle. He fights assorted criminals, petty thugs, and even gangsters who are hassling his family for protection money. But this is not just a story about good and bad guys, it also has a lot of heart, showing complex family relationships, mythological beings, a potential romance, and national history. 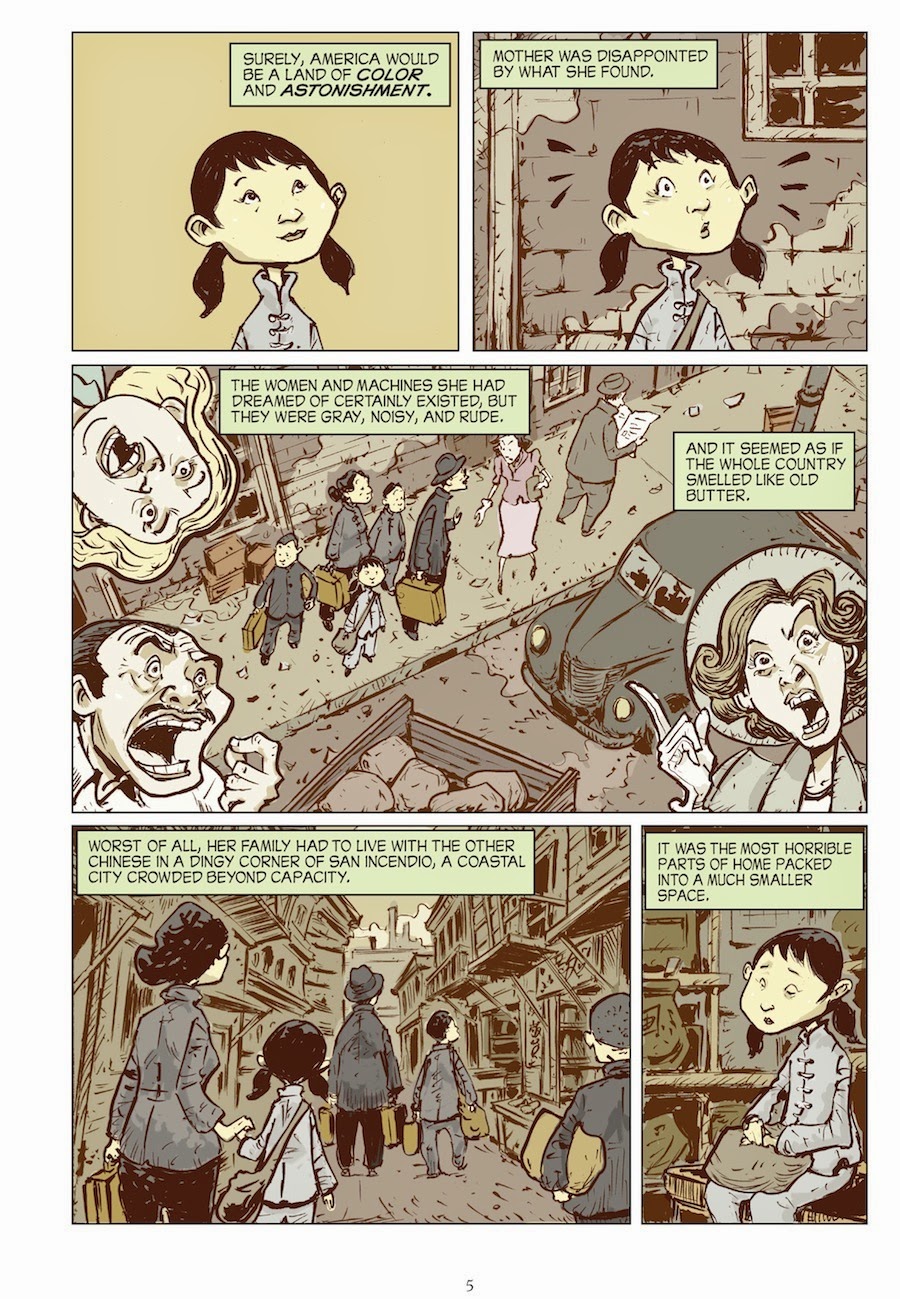 Not only is this story excellent and multifaceted, what is additionally amazing is that it is all based on an actual Golden Age comic book superhero who has not really appeared anywhere for 70 years. The back matter in this book contains a fascinating look at the original series and also why Yang and Liew felt it needed to be revived here. For interested readers, the original five issues of Blazing Comics are in the public domain and can be accessed and read here.

Sonny Liew is the artist of this book. He has been nominated for an Eisner Award and is best known for Malinky Robot as well as his work on Vertigo’s My Faith in Frankie and Marvel’s adaptation of Sense and Sensibility. Here, his style evokes that of old comic books, but it is also great for depicting mundane scenes and personal interactions. He captures the action and dynamism of superheroes as well as the facial expressions and emotions of regular folks. Yang speaks about their work on this book in this interview. For his part, Liew speaks about his work in this interview conducted by Yang.

This graphic novel has received accolades in many of the reviews I have read. Publishers Weekly gave it a starred review and praised it as "an origin story that blends classic comics conventions...with a distinctly Chinese perspective." The Washington Post's Michael Cavna called it "an inventive and culturally intelligent marvel." Eddie Huang recommended this graphic novel for anyone wanting to learn more about Chinese culture in his The New York Times review.

The Shadow Hero was published by First Second, who has a preview and much more available here. More links for the book are also available at Yang's site here.

Thank you, Gina, for the review copy!
Posted by Stergios Botzakis at 12:00 PM