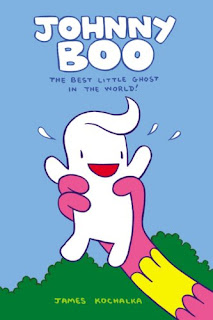 This volume is the first in a series of four (so far). A preview is available from Top Shelf.
Posted by Stergios Botzakis at 10:53 AM No comments:

To Dance: A Ballerina's Graphic Novel 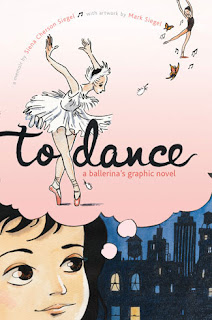 Long before all the reality TV shows, dance has been attractive to people as an event, a way to celebrate, and an artistic endeavor. All three of these aspects come through in To Dance, an autobiographical story. Beginning at an early age, Siena was drawn to dance. She took lessons as a young girl and kept at it until she was accepted to the New York City Ballet under George Balanchine. During her time there, she got to thrill to brilliant performances and see famous dancers, including Mikhail Baryshnikov.

The joy and dedication really comes through in Siena Cherson Siegel's story. This interview explains some of the reasons she wanted to tell it. The expressive and evocative art was done by her husband, Mark Siegel, a graphic novelist and children's book author who is also the editorial director of First Second, one of the most acclaimed graphic novel imprints in the US. This short interview lends a little insight into his life and work.

To Dance was a well received book, as evidenced by this list of four star reviews from some notable journals. It was among the American Library Association's Notable Books of 2007 and was also a Robert F. Sibert Honor Book. It is also exceptional as one of the relatively few graphic novels pitched at girl readers.

A preview is available from the book's publisher Simon & Schuster.
Posted by Stergios Botzakis at 12:01 PM No comments: 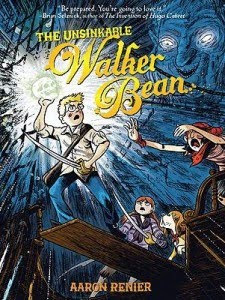 Thanks to Gina for the review copy!
Posted by Stergios Botzakis at 12:16 PM No comments:

Cartoon History of the Universe III: From the Rise of Arabia to the Renaissance 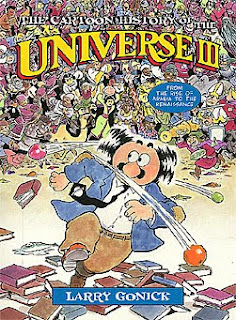 Cartoon History of the Universe Part 1 is here. Part 2 is here.

A lot of ground gets covered in this volume. It details the life of Muhammad and the rise and spread of Islam. It also touches on Asian and African history, follows the exploits of the Turks and other nomadic peoples, and covers medieval life in China, India, and Japan. Some other high points include "the Dark Ages," Muslim Spain, and the European Middle Ages from the Crusades to the Black Death. The book goes on to cover the Italian Renaissance and various naval expeditions to explore the world, concluding with Christopher Columbus's historic departure in 1492.

Larry Gonick wrote and drew this series of books, which has been coming out sporadically since 1978. This volume of the series won the 2003 Harvey Award for Best Graphic Album of Original Work, and has received many accolades. Reviewer Jerry Stratton raves that all the Cartoon History of the Universe books "should be on every bookshelf of the English-speaking world."

Some sample pages from the book are available here. Another preview is available from publisher W.W. Norton.
Posted by Stergios Botzakis at 12:15 PM No comments: 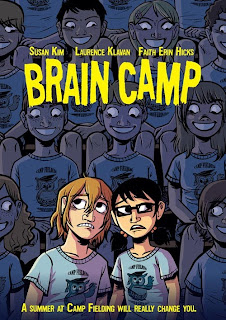 Thank you, Gina, for the review copy!
Posted by Stergios Botzakis at 12:11 PM No comments: 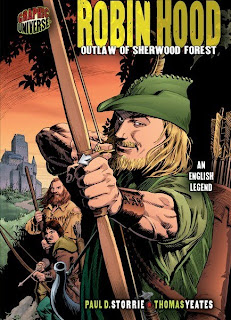 Robin Hood is a well-known figure in the English speaking world, a legend whose story has been told in print, art, and movies. This version's hero is cut from the swashbuckling Errol Flynn/Cary Elwes cloth. There are five different stories within. The first shows how Robin Hood was tricked and had to become an outlaw. The second and third show how he meets Maid Marian and grows his band of Merry Men. The fourth and fifth stories follow his disputes with the Sheriff of Nottingham.

This book is another of the Graphic Universe graphic novels from the Lerner Publishing Group. It was written by Paul D. Storrie, a frequent contributor to the series about myths and legends, whose other titles include Hercules: The 12 Labors and Amaterasu: Return of the Sun. The art was provided by Thomas Yeates, a graduate of the Kubert School of Art who has had a long career illustrating a variety of comic books such as Swamp Thing, Tarzan, and Conan.

The School Library Journal's Joy Fleishacker reported that this book would be a good one for struggling or reluctant readers, especially because it"includes a map, glossary, and pronunciation guide, and list of print and web resources, [which] may encourage readers to delve more deeply into Robin’s adventures." A few more brief reviews are available at Goodreads.

The publisher's preview is available here.
Posted by Stergios Botzakis at 12:05 PM No comments: