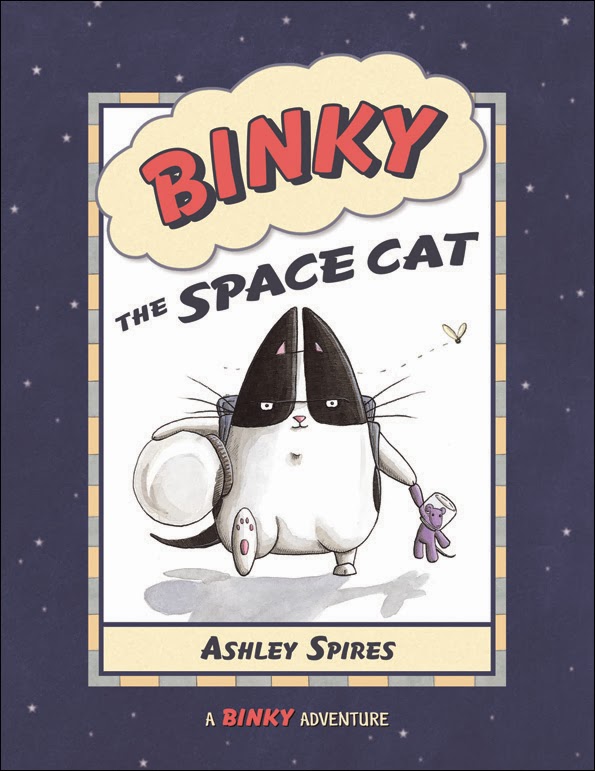 Binky the Space Cat is the first of a series of books from Kids Can Press, a North American publishing company that specializes in children's books. I read it because my colleague Laura Jimenez recommended it to me, and I also really loved the Scaredy Squirrel books I read from the same publisher. The Binky book is like Scaredy Squirrel's in that they both use lists for comic effect and have a main character with a peculiar character affect. In this case, Binky the cat has a unique and wonderful view of his life. He thinks he is a space traveler who is on Earth to protect his family from alien invaders (we call them bugs). 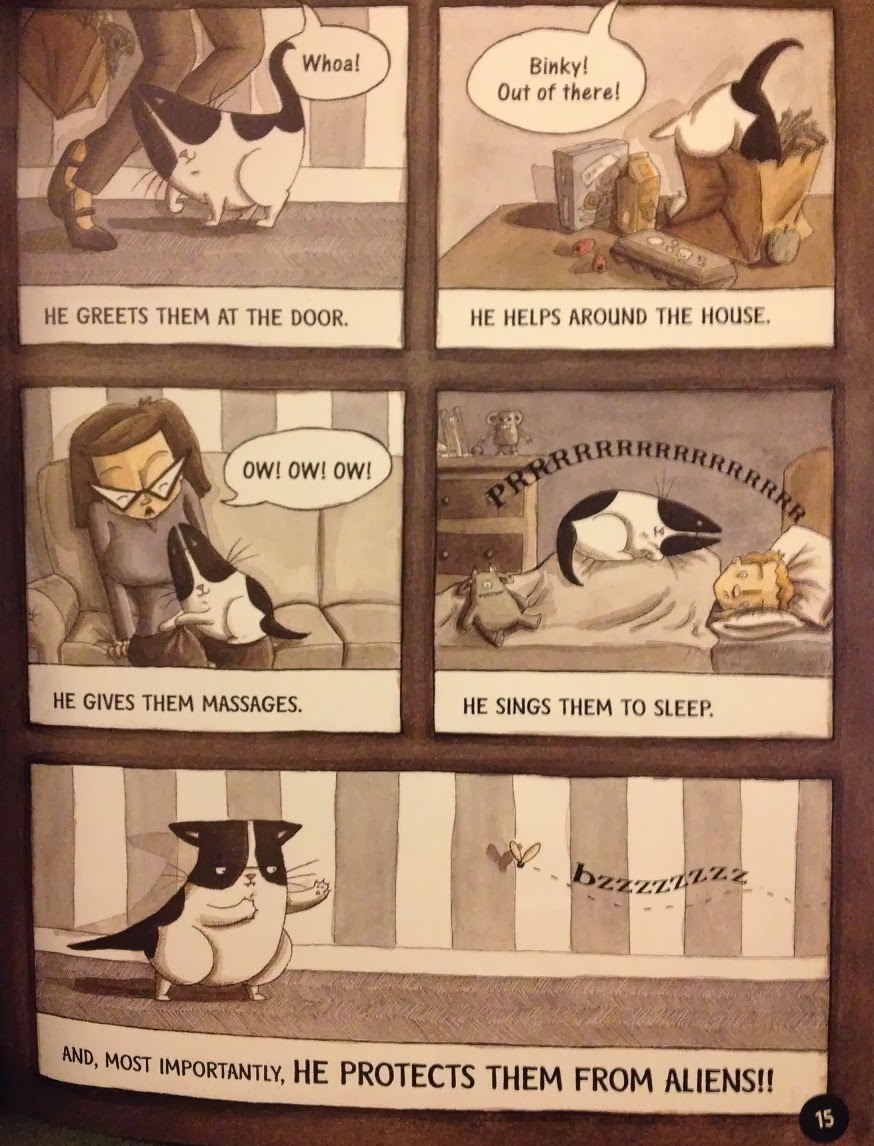 A lot of the humor comes from his interpretation of mundane happenings, but there is also a strong sense of inventiveness and wonder throughout the book, as well as a bunch of small details that add spice to the narrative. The book is quite charming and fun. Plus, there are numerous fart jokes to liven up the proceedings.
I decided to check out another of the five books in the series to see if they were all as engaging. I chose this one at random, and it turned out to be the final volume. 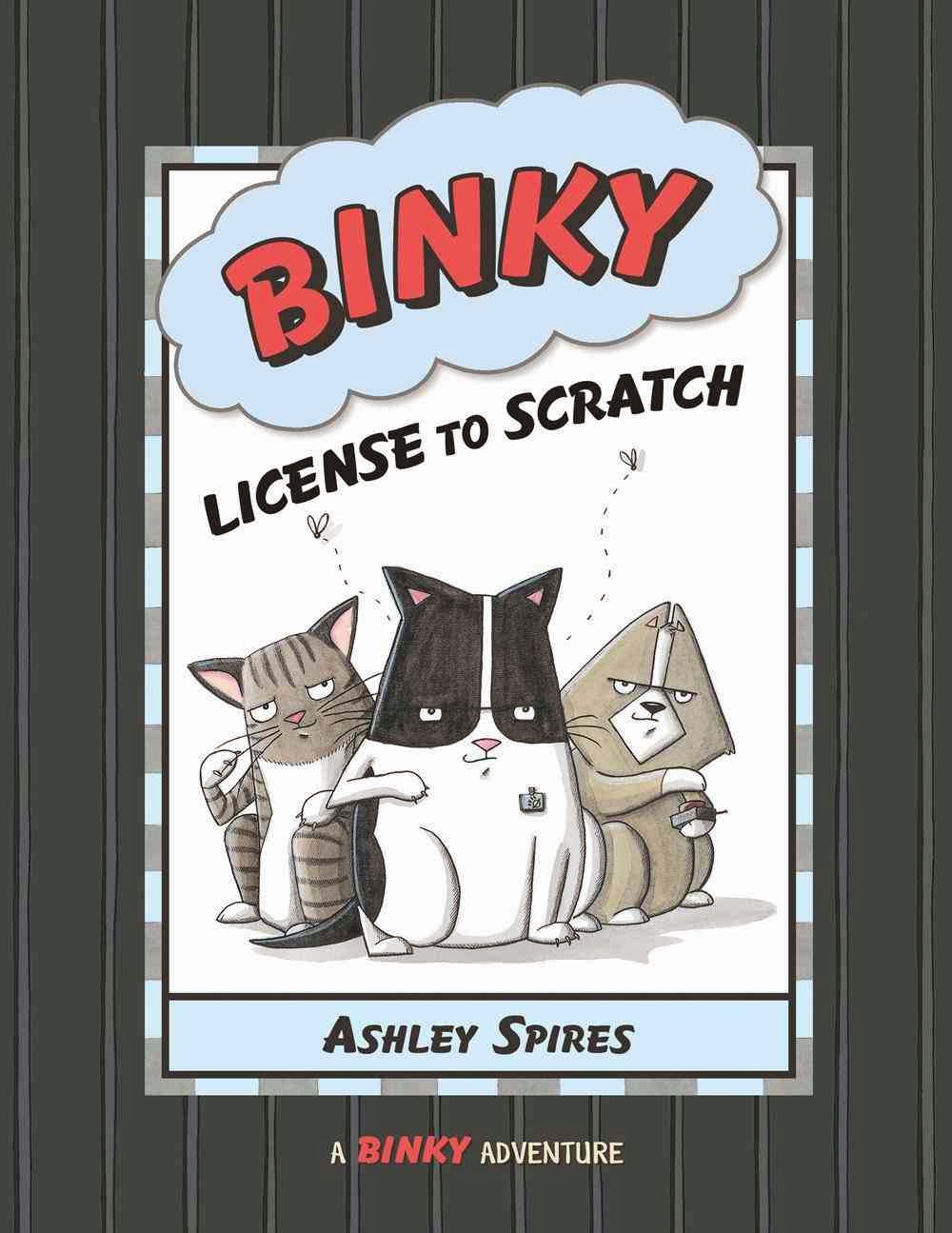 I learned in this book that somewhere along the way Binky added to his cast of characters another cat, Gracie, and a dog, Gordie. This trio of house pets call themselves the space team, and here they have to deal with a dire circumstance. Their humans are going on vacation and leaving them at the local "pet motel" (a.k.a. the vet's office). This causes them not just a little bit of alarm. 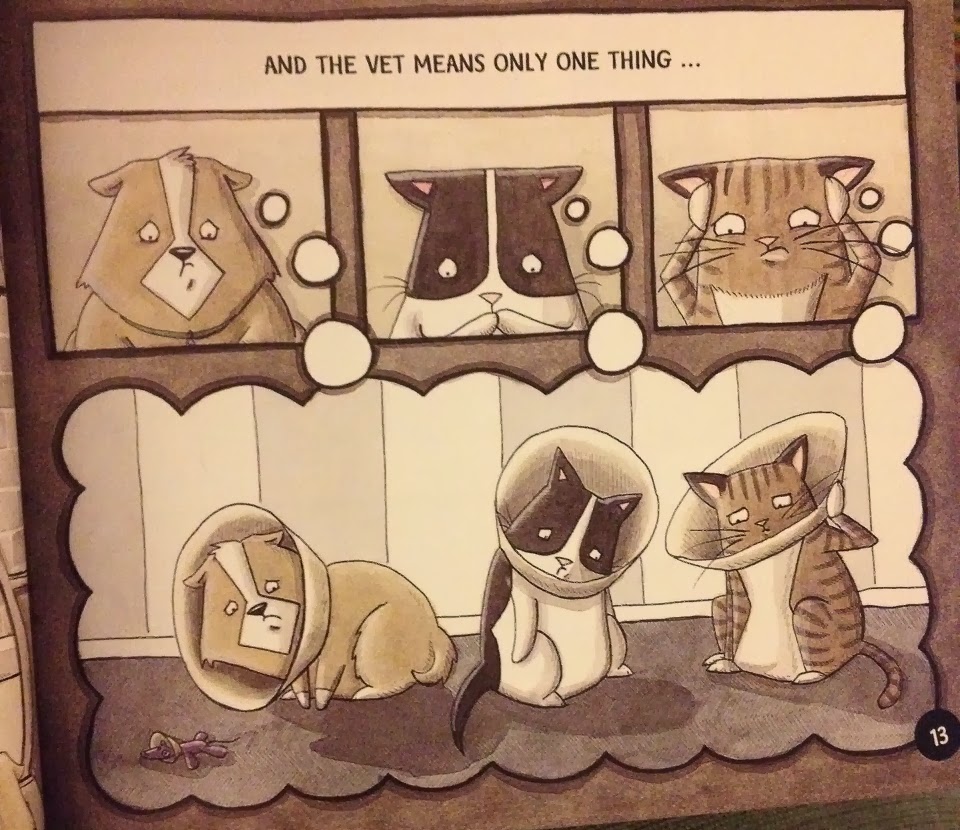 The pets come up with a plan to escape, but there are complications and they end up meeting Professor Tuffy, an ex-space pet who is now working with the aliens. 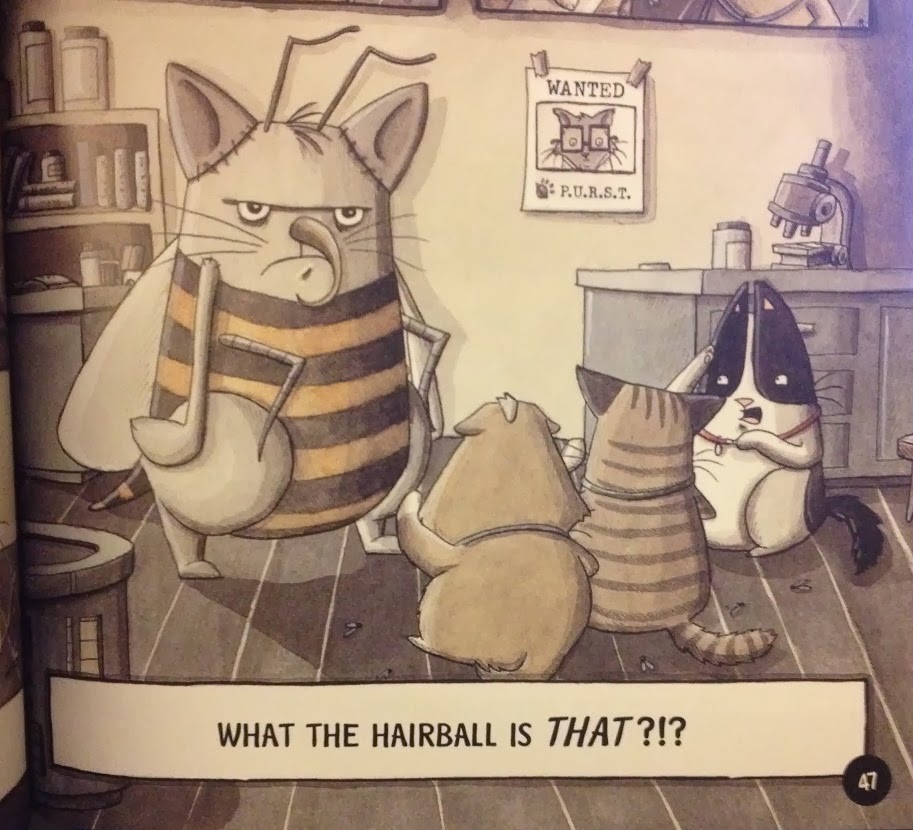 This book was fun and enjoyable, but I liked it less than the first entry. Still, it had lots of interesting takes on ordinary behaviors and events to recommend it. And I think there is enough silliness in the book for it to be appealing and engaging for younger readers.

Ashley Spires wrote and illustrated these books. She has drawn numerous children's books, and been nominated and awarded multiple times for her work. I found her artwork to be fun and attractive and her storytelling to be quite good and clear. I think character work is her forte, and they are imbued with so much energy and personality. She speaks more about her work on the Binky books as well as her new projects in this interview.

From all the online feedback I have seen, these books have been well received. Kirkus Reviews gave the first book a starred review and stated about it that it "will keep readers of all ages giggling, whether they’re cat lovers or not." They wrote about the other volume, "Binky’s fifth and final adventure has all his trademarks: sly humor, a little slapstick, self-aggrandizing misunderstanding of human doings and, of course, space gas (poot)."

I guess now I'll have to hunt down those middle three books so I know what else Binky got himself into...

Here is a link to the general Binky page at Kids Can Press.