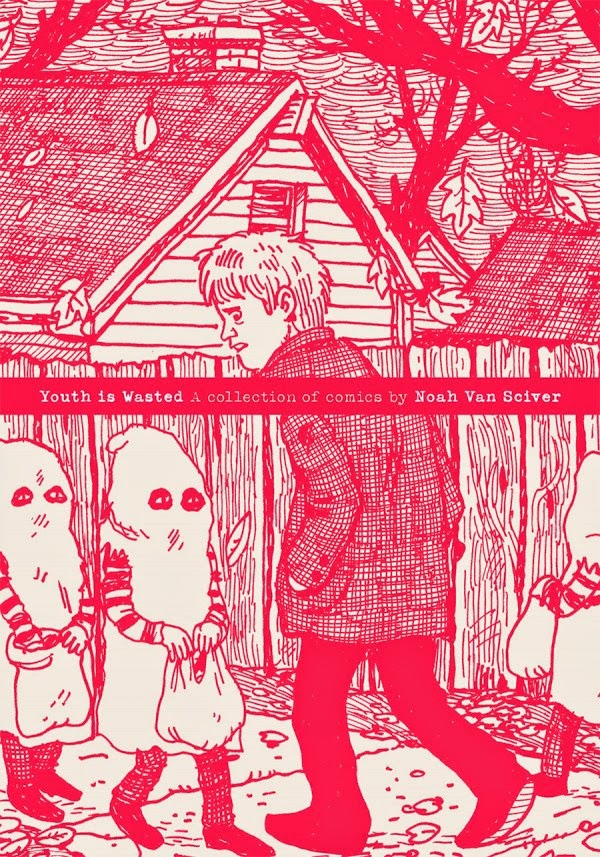 I met and spoke with Adhouse Books Publisher Chris Pitzer at this year's HeroesCon, and he gave this book on the house, so thank you very much!

Before getting this volume, I had heard much about Noah Van Sciver's mini-comics, but the only one I had read - and I just read it a couple of weeks ago - was The Lizard Laughed, which came out earlier this year from Oily Comics. That comic, about a young man who travels across the country to meet the biological father he had never known, was full of energy, emotion, and such drama. I highly recommend it. A couple of years ago, I tried getting his 1999 comic from Retrofit, but it was sold out. Luckily for me, it is included in the selection of stories reprinted in this volume.

The main character of 1999 is stuck in a rut, working at a sub shop, without a social life or any prospects. After he gets involved with a married co-worker, he thinks he finds a kindred spirit, but things fall apart pretty quickly. This is how the story starts, just so you get a flavor of the impending drama: 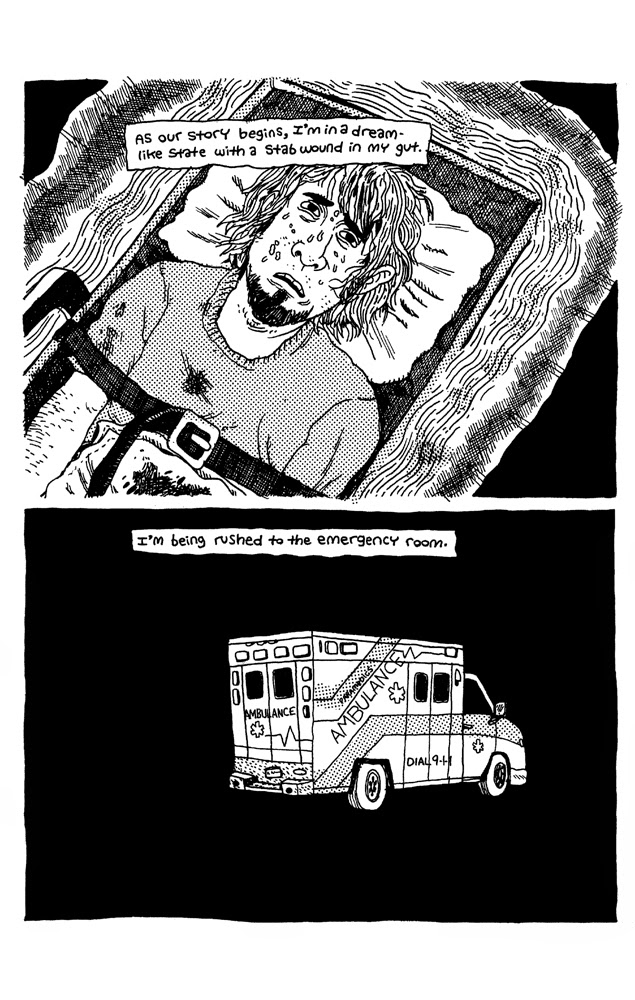 One of the recurrent themes in several of the stories in this collection is a kind of arrested development, with people trying to figure out their places in the world. These stories are full of gritty details, and Van Sciver's earthy art really helps sell the entire enterprise. I love how his use of blacks in particular help to set the tone for many scenes. And his characters are simultaneously likeable, somewhat empathetic, and also quite revolting at times. His ability to hit all those notes is very impressive. Even his portrait of a 20-something, in Abby's Road, who is dating a high school girl is not entirely without merit (though he comes close). He is sort of like a modern-day Holden Caufield, puffing his chest and raging to hide his own inadequacies and vulnerabilities. 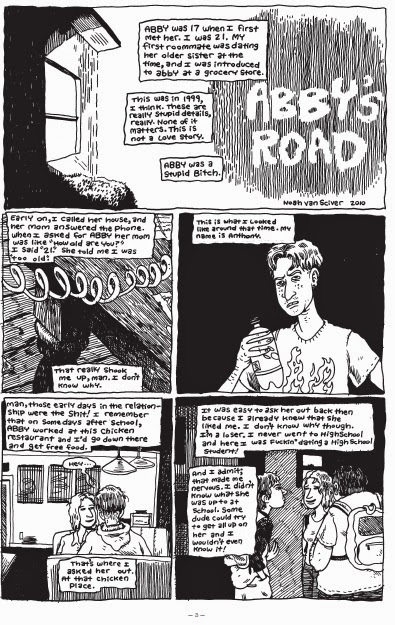 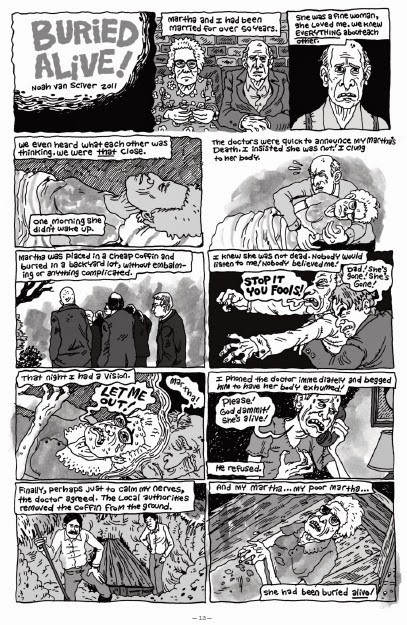 I very much enjoy Van Sciver's artwork and storytelling. It is raw, unflinching, and also very human. He certainly is expert at evoking emotion and visceral responses, I can tell you that. He gets compared to R. Crumb on the book cover, and I can see similarities in the blunt, almost confessional aspects of his narratives and his power-packed artwork. In addition, he has consistently delivered great comics. His first graphic novel, The Hypo: The Melancholic Young Lincoln was very well received and appeared on many "best of" lists.

Others' reviews I have read about this book are very positive. Rob Clough wrote that it is "a substantial collection, one that provides both an introduction to and an insight regarding the evolution of Van Sciver as an artist." Bart Croonenborghs called it his "must-buy of the week." You can read a lot more about the artist in this lengthy interview with Tom Spurgeon.

Coincidentally, yesterday was Noah Van Sciver's 30th birthday and to commemorate the event, 2D Cloud is selling a new mini-comic. Check it out here.

Thank you again, Chris, for the review copy. I enjoyed it very much!
Posted by Stergios Botzakis at 12:00 PM