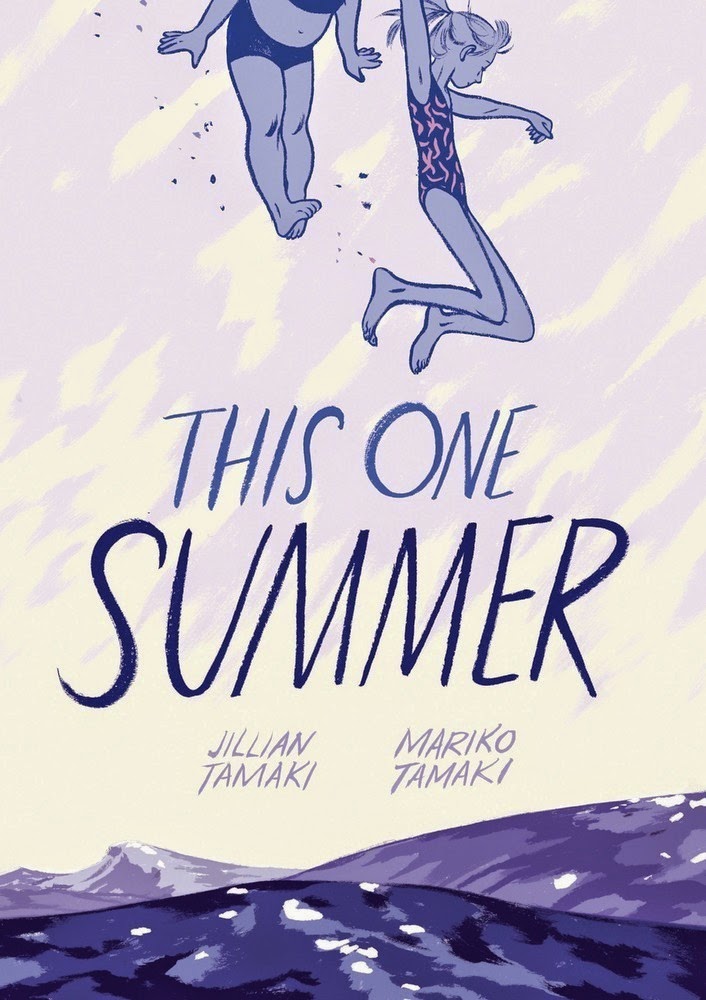 This One Summer is about two teenage friends who meet up every year during their summer vacations. Rose is slightly older than Windy, and her family situation is pretty tense. Her mom and dad have been trying to have another child, and there are complications. Windy's family is more free-wheeling and quirky. Together, the two girls get involved in the local scene, which revolves around a small convenience store, where the duo goes to rent scary movies. Rose has a crush on the clerk, but he is pretty oblivious. Windy is simultaneously encouraging, bemused, and critical of this arrangement. All of these situations add up to a summer full of new experiences, some unpleasant and some quite fun.

I know a lot of this sounds cliched, but this graphic novel has a quotidian quality where I felt that I was involved with the characters in a very direct way. There are many small details that make the story come alive, many of them coming through the fantastic artwork, which is bursting with personality and energy. Just look at this sequence from early on in the book: 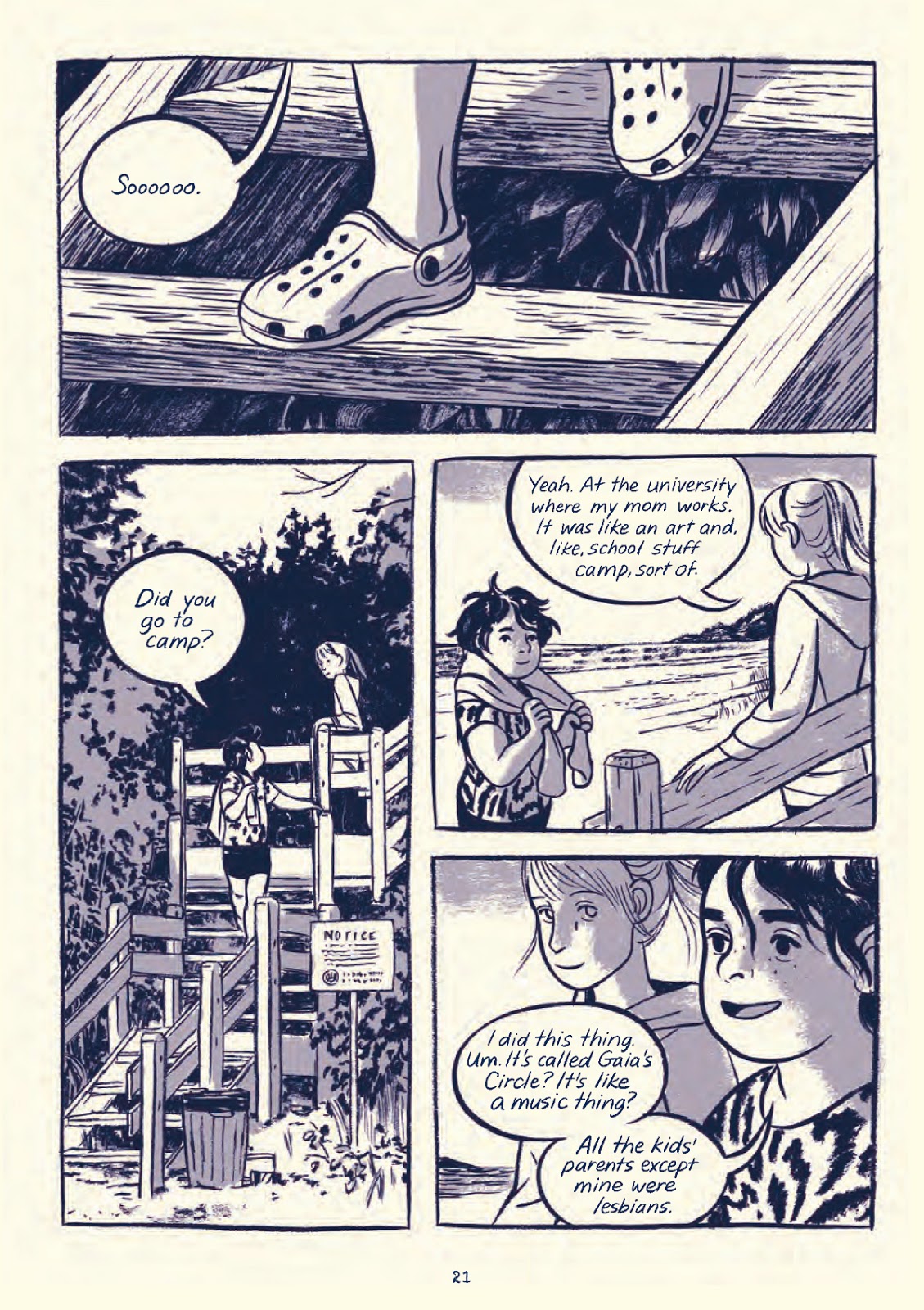 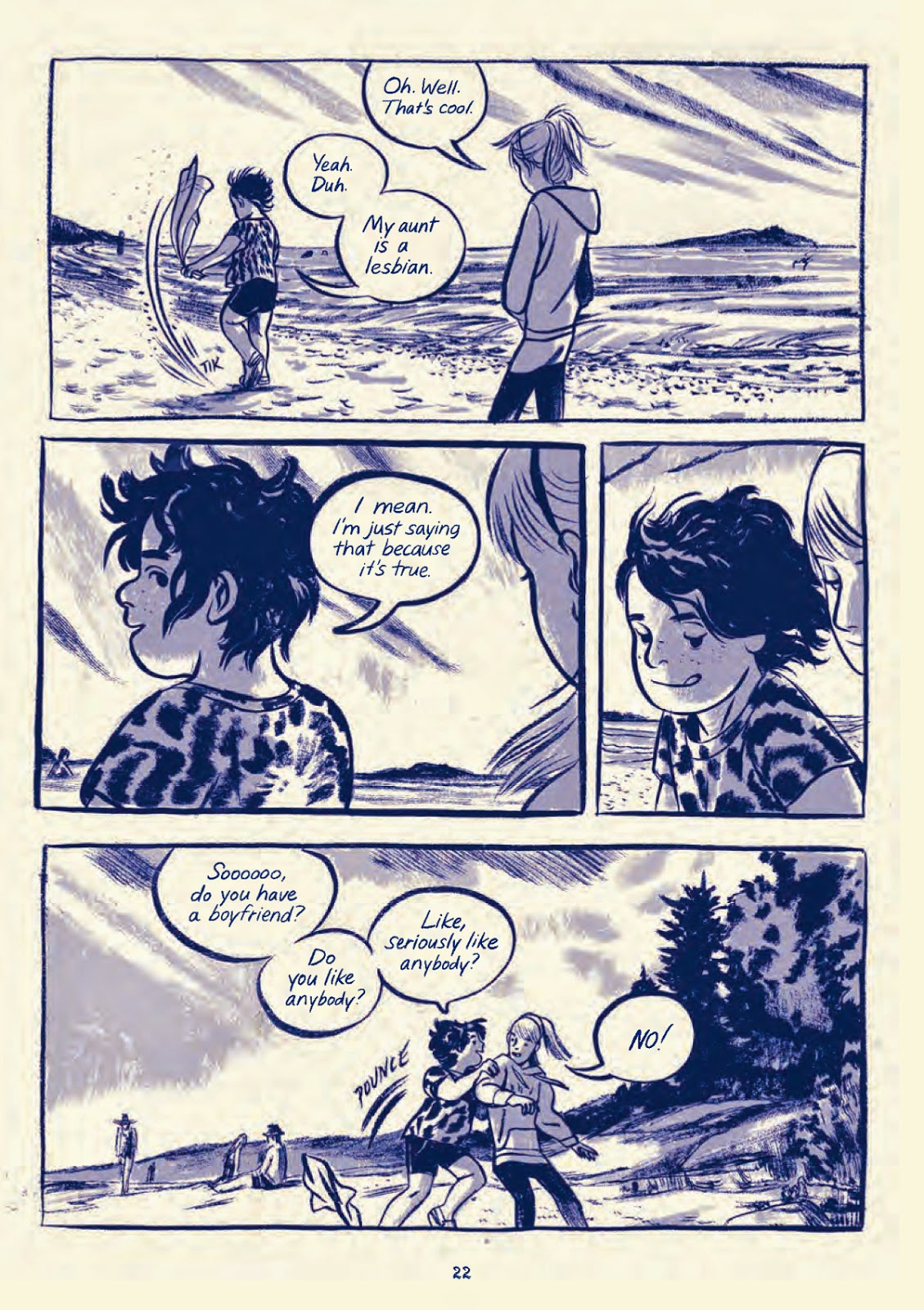 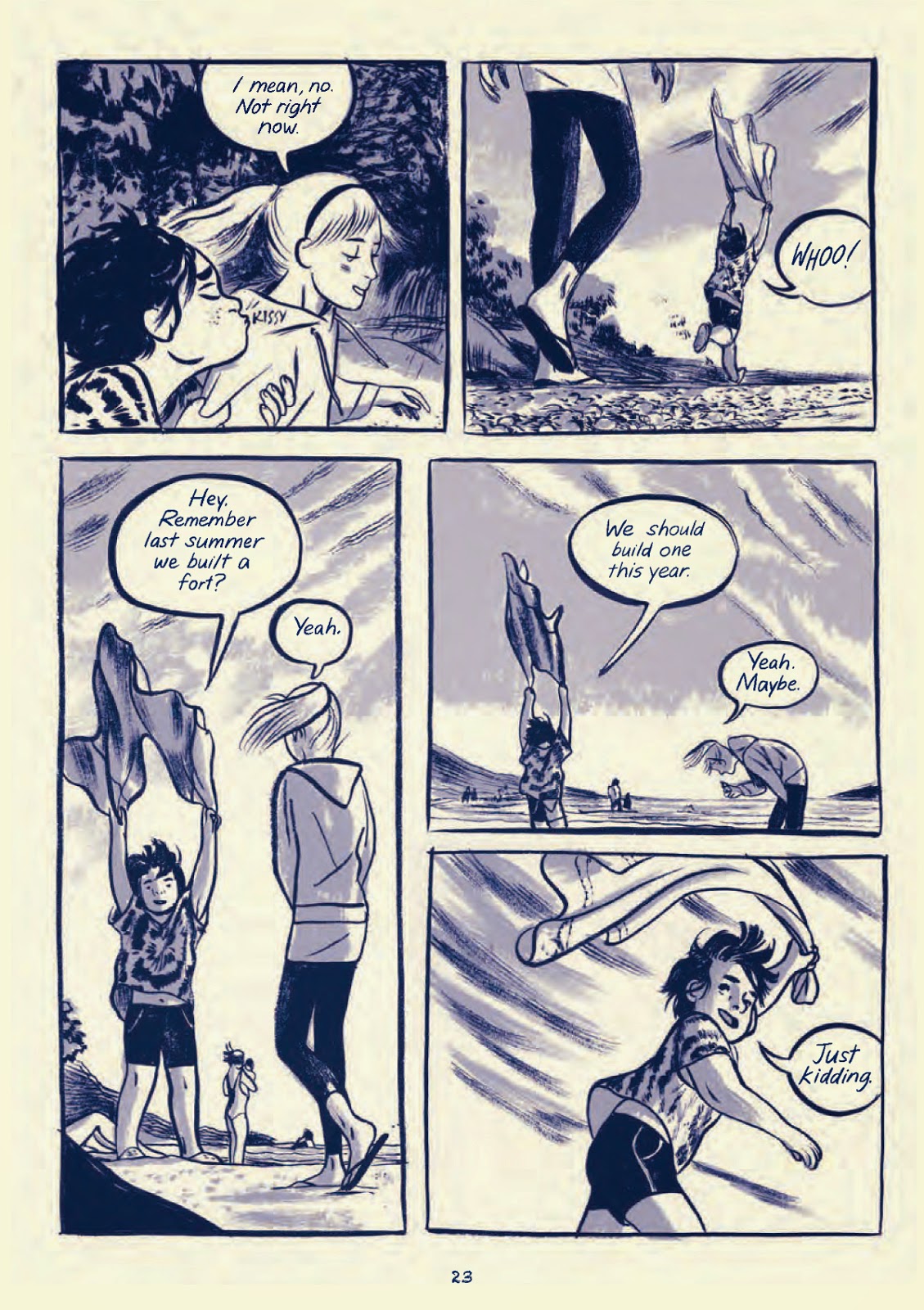 At a conference recently, my friend Laura and I were talking about it, and I called it "a Viewmaster into the soul." I think that's a great way to sum the book up, and I will stand by that statement here.


This One Summer was created by cousins Mariko and Jillian Tamaki. The two have collaborated before on the multiple award-winning Skim. For her work on This One Summer Jillian won the prestigious Governor's General Award in the category of Children's Literature Illustration.

This book has been well reviewed in prominent venues. It is also appearing on many year-end, best-of 2014 lists. Susan Burton called it "moving, evocative book" in her New York Times Sunday Book Review. CBR's Kelly Thompson gushed that it " is a near perfect book and an example of two creators working in such perfect sync they appear more as one creator than two." The Comics Journal's Sean T. Collins had much good to write about the book, stating that "Jillian’s art is like Proust’s madeleine, calling to mind half-forgotten memories with real sensual power" and adding that Mariko's writing "is often equally vivid."

This One Summer was published by First Second. They have teachers guides and much more here. Jillian Tamaki has a preview and more here.