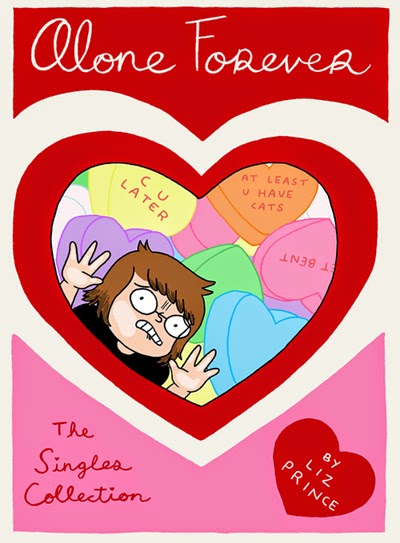 Alone Forever is the most fun piece of schadenfreude I have experienced in a while. It is an autobiographic look at Liz Prince's love life, and although there is not so much a unified narrative as there is a series of episodes, the whole work hangs together quite well. I know that some folks think there may be a glut of autobiographical comics, but there is much to like about this book. I will give you three big reasons:

1. Prince's self deprecating sense of humor. She reveals a lot about herself in this book. She is into bearded guys who wear hip band shirts. She is not a girly girl. She is particular about her likes and dislikes. And she is sometimes awkward. Still, I find her antics hilarious. 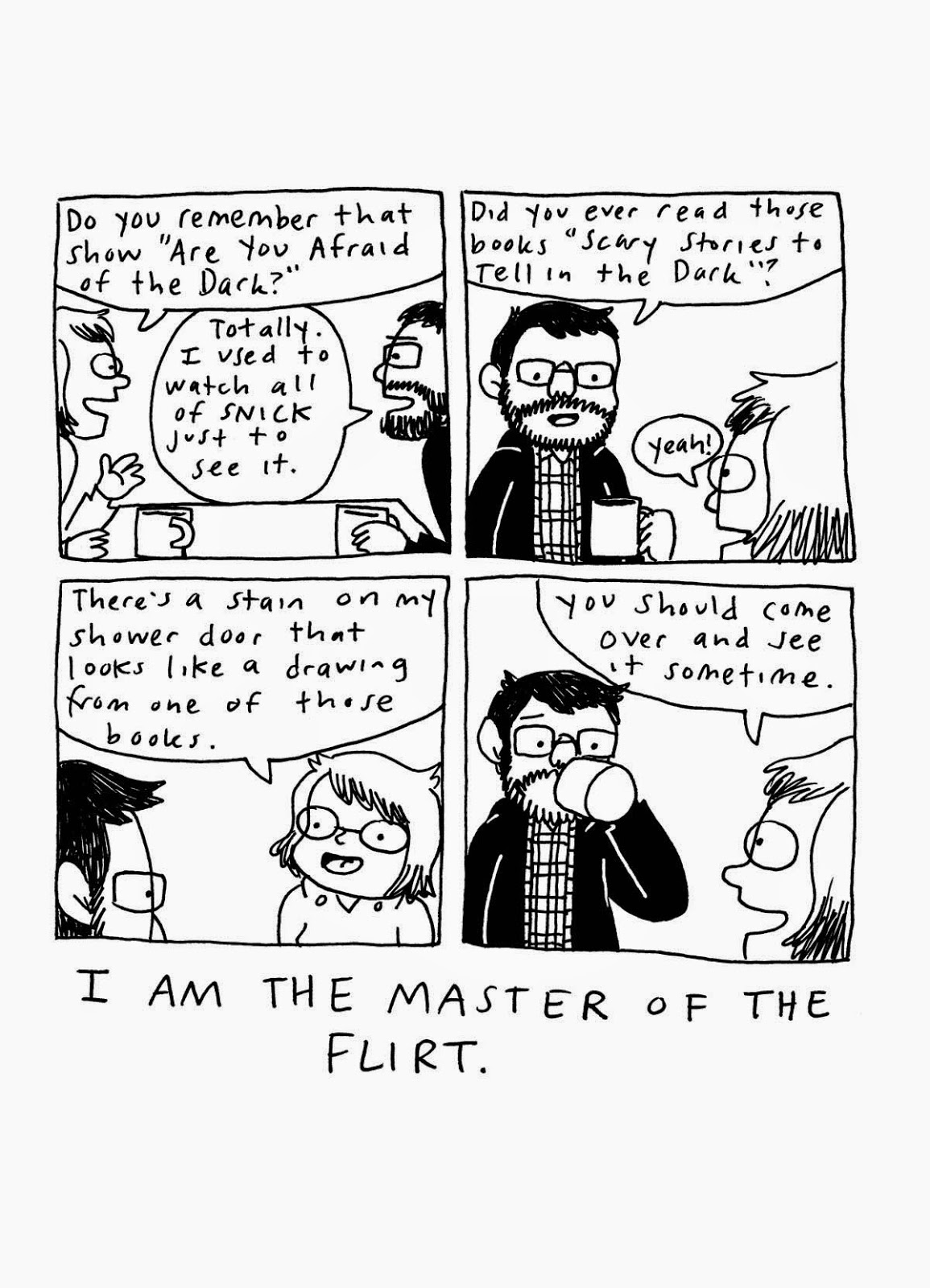 2. How she throws herself under the bus. Even though she is the protagonist of her own stories, she does not always cast herself in the best light. She is frequently blunt and offensive, and I love her sense of confidence while she takes potshots at herself. 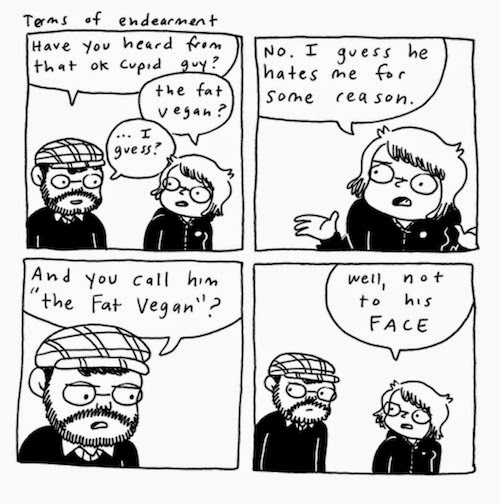 3. Her sense of comics. Although these various entries are somewhat sketchy sometimes, they also show a great awareness of how comics work. Her storytelling is clear, and she's got excellent comedic timing. Prince is deceptively crafty, and I think she makes very accessible, fun, and funny comics. 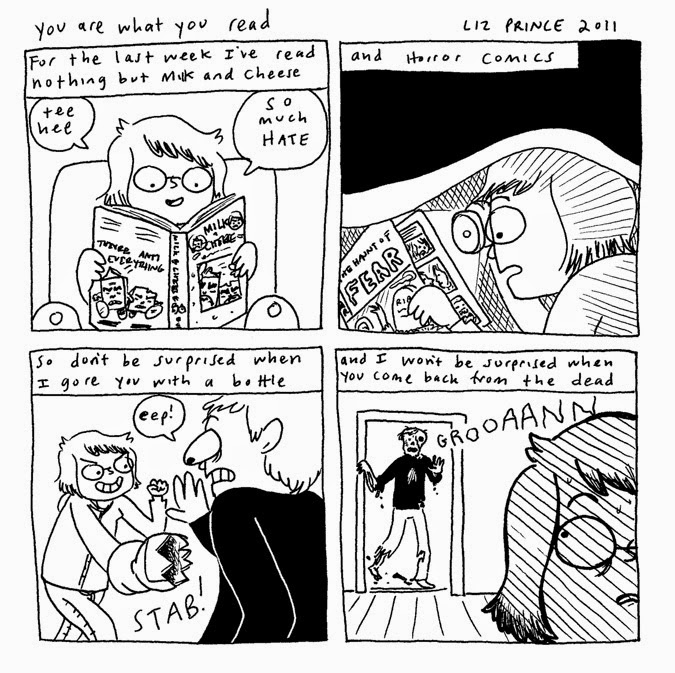 Prince has a few other collections available, including the Ignatz Award winning Will You Still Love Me if I Wet the Bed? and Delayed Replays. She also published a graphic memoir Tomboy, which was named a Best Teen Book of the Year by Kirkus Reviews. She speaks more about her work on Alone Forever in this interview.

All of the reviews I have read about this book have been positive. Colleen Frakes wrote, "Her art has improved with each book, but in this one she's really nailed it with a cute, spare style." Greg McElhatton suggested, "Leave Alone Forever on your coffee table and I promise you, before long you'll hear chuckles and groans of recognition as your guests start leafing through it." Matt D. Wilson added, "The gags make readers laugh in the moment, but there are insights that stick around long after the book goes back on the shelf."

Alone Forever was published by Top Shelf, and they have a preview and much more here. There are frequent profanity and adult situations in this book, so it is suggested for readers mature enough to handle both.