What is a Graphic Novel? 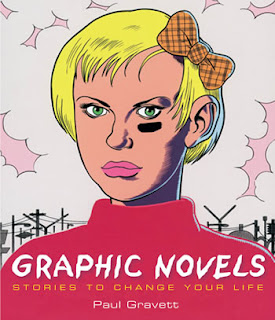 What is in a name? Some people, like James Bucky Carter, want to call these books sequential art narratives. They have also been called picture novels, graphica, novels, or simply comics (or comix). After a few instances of others publishing more complex comics narratives, including It Rhymes with Lust, He Done Her Wrong, and Gil Kane's Blackmark, Will Eisner eventually used the term "graphic novel" to shop his A Contract With God book to publishers. He felt that this term would lend more weight to the work, and eventually it was published. Even though his book did not contain one single narrative but a collection of short stories the moniker "graphic novel" stuck and became widely used in the field.

Although he intentionally does not use the term, Art Spiegelman famously commented that what most people call a graphic novel was "a long comic book that needed a bookmark" and that his intention with Maus was that it "would have the density I associate with novels." He does not like the term graphic novel because it smacks of a comic book parading "all dressed up in a tuxedo so it can be in public."

Substantial length is one definitive feature of graphic novels. But how else are they different than comic books?


Graphic novels use the same format as comic books, sequential art, but they are different in significant ways. First, graphic novels are typically a self-contained story by a single creator or creative team. The more singular vision allows for greater creative control and encourages narratives where characters can grow, change, and engage in life activities that do not require a return to a set norm. Comic books contain properties that are typically kept in a certain state to ensure commercial viability, so usually there is only an illusion of change but little disruption of the status quo. In other words, Spider-Man is not going to be changed so much that people will not recognize him or his stories. Alternatively, a narrative such as Watchmen has a beginning, middle, and end, and its plot twists are not utterly predictable.

Second, comic books, at least in the USA, have come to focus on a few certain genres, namely superhero stories, such as Batman, and teen comedy, like Archie. The term “graphic novels” seems to imply a specific genre, but they cover a wide range of texts and genres. Books such as Maus, Laika, and The Cartoon History of the Universe are not fiction at all but contain non-fiction accounts or memoirs. Other graphic novels are fiction and extend into the worlds of fantasy (Bone), mystery/crime (Sin City), coming-of-age tales (American Born Chinese), science fiction (Ghostopolis), and romance (Blankets). They offer a unique literary experience to readers of different tastes and ages.

For me the basic characteristics of original graphic novels (OGN) are these:

1. They use a combination of words and images.
2. They are self-contained works, or a volumes in a finite series.
3. They are created by a single person or a relatively small group of people.

There are also types of graphic novels, including:

Adaptations. These retell stories originally published in different formats, typically novels or short stories, in sequential art form. Some examples are A Study in Scarlet, The Odyssey, or The Metamorphosis.

Anthologies/Collections. These collect disparate material sometimes by different artists in one volume. Some examples of these include James Sturm's America, Everybody is Stupid Except for Me, and the proposed The Graphic Textbook.

Manga. Manga are comics that come from Japan. They may read from right to left, although some books are "flipped" for western audiences. These range greatly in genre and audience. Some manga titles are Deathnote, Cromartie High School, Monster, and Lone Wolf and Cub.

Trade paperbacks. These collect a series of comic books that were originally published serially but include a finite story and are typically done by a common creator/creative team. Books like I Kill Giants, The Boys, or The Dark Knight Returns fall into this category.

This is my shot at defining what graphic novels are, but I know that the term is contentious to some and perhaps ill or incompletely defined by me.

What do you think?
Posted by Stergios Botzakis at 12:00 PM