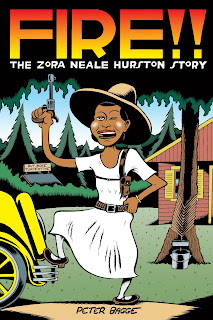 I was an English major in college, and my first exposures to Zora Neale Hurston were her novels Their Eyes Were Watching God and Jonah's Gourd Vine. All I really knew about her was that she led an interesting life, did some anthropological research, and died in an unmarked grave (as famously found by Alice Walker). So I was glad to read this book, which chronicles her life from her childhood to her death and rediscovery by Walker. What I most admired about it was how much it embodies the energy and verve Hurston displayed in her life. Always a vocal and outgoing person, she came from a tumultuous family life and humble beginnings in Alabama, moved to Florida, and then eventually made it to college in Baltimore, Atlanta, and New York City. 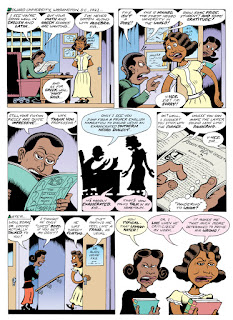 Eventually, she came to work with Franz Boas while at Barnard College, doing ethnographic work that took her back home to Florida but eventually also to more exotic places like Haiti and Jamaica. She also became involved with a burgeoning Harlem Renaissance and was a prominent African-American writer and thinker of the time. One of the aspects I admired most about this book was how it depicted her various relationships, with peers, colleagues, and benefactors, showing much of the politics involved with doing academic and intellectual work. It also lends a very human face to some prominent figures, as well as a shot of humor into several situations. 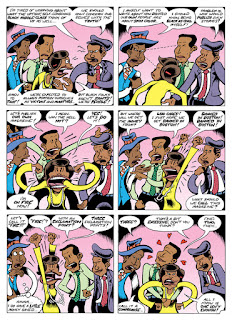 Overall, it was that sense of humor and warmth that Hurston used to her advantage to do her work, date and marry who she wanted, and live an exceptional life. The art in this book is very cartoonish, but in the end I think it was probably the most apt for realistically and faithfully capturing the vitality Hurston displayed throughout her life.

This book's creator Peter Bagge is one of my all-time favorite comics makers. A multiple award winner with decades of credits, he created the seminal alternative comics series Neat Stuff and Hate and served as editor of the holdover underground comics anthology Weirdo. He has also created a number of graphic novels, including Woman Rebel, Apocalypse Nerd, Other Lives, and Reset. More recently, he has been a contributor to publications like Reason magazine (see his collections Founding Fathers Funnies and Everybody is Stupid Except for Me) and Vice Magazine (the Musical Urban Legends column). He speaks about his work on Fire!! in this interview.

All of the reviews I have read of this book have been positive. Chris Oliveros commented that Bagge "has proven himself to be a thoughtful, careful researcher with a gift for portraying the deeply fascinating and hilarious moments in people’s lives." Etelka Lehoczky called it "an exhilarating addition to Hurston lore." Paul Constant regretted a lack of detail about Hurston's literary work but still concluded that "artists like Bagge continue to do the necessary work of asking the questions" about race and representation.

Fire!! was published by Drawn & Quarterly, and they offered a preview and more here.
Posted by Stergios Botzakis at 12:00 PM