Kill or Be Killed: Volume 1 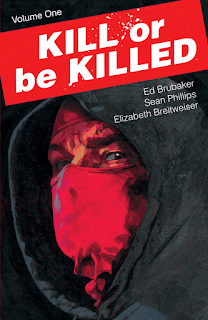 There are some certainties I can rely on: the sun rises in the morning, the mail gets delivered daily, my son will take an extra long nap if we have an appointment in the afternoon, and Ed Brubaker and Sean Phillips make great comic series. Kill or Be Killed is their latest collaboration, and I have reviewed some of their prior ones here, here, here, here, and here. This latest series has many elements that have appeared in those past ones, but they have been remixed and represented in a fresh and exciting way. And unlike those earlier series, this one is meant to be ongoing.

The premise here is that Dylan, a morose 28-year-old graduate student who is sort of a loser, becomes a vengeful vigilante. He needs to murder a person every month or he himself will die, or at least he thinks that is the case. The reason why I will not reveal, because it is a large part of the suspenseful plot spun out in this first book, which covers the first four issues of the series. 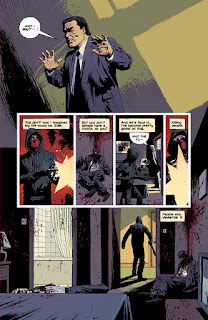 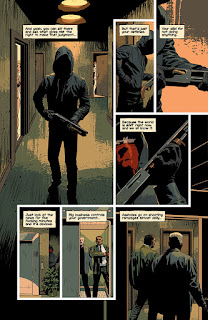 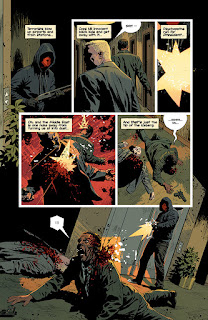 The dark themes of this book explore a sense of helplessness against a failed system and one person's extraordinary way to exact justice. As you can see, Dylan gets pretty adept at going after people who he feels need killing. Still, he does not start out so well, as we see in the course of this book. I loved the way that the plot is told in a  nonlinear way that contains lots of twists and cliffhangers. I also very much liked the character work, particularly the love triangle between Dylan, his roommate Mason, and Kira, who is Dylan's best friend and Mason's girlfriend. The best kinds of noir feature characters with questionable personalities and motivations, and the ones in this book surely fit that bill. And as always with this pair of creators, the story and artwork coalesce into masterful comics.

All of the reviews I have read about this book have been positive. Phil Brown wrote that "in increasingly dire and cynical times, it just might be the comic on the stands we need more than any other, a sick punch to the gut by major comics talents who know how to get there through your head." Nick Lafpliotis called it "a mandatory addition to any self-respecting comic reader’s pull list." Desmond Fox pointed out that this book is also very topical and that Brubaker and Phillips "take us to the heart of American depression and vigilantism."

Kill or Be Killed was published by Image Comics, and they have previews and more info about the book and series here. There are violence, profanity, sex, and nudity in this book, so it is suggested for mature readers.
Posted by Stergios Botzakis at 12:00 PM