The Hypo: The Melancholic Young Lincoln 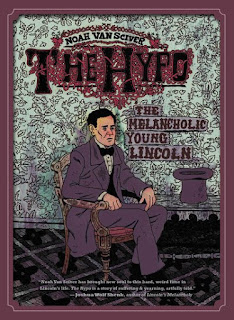 Abraham Lincoln is a huge figure in US history, regularly listed among the most important presidents ever and represented in stone at Mount Rushmore. He is a mythic figure who is often thought larger than life, but in this volume, The Hypo, he is shown as a tentative and struggling young man. This book chronicles many aspects of his life, from his early days as a lawyer in Springfield, Illinois: 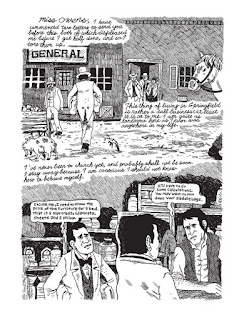 to his tumultuous courtship of Mary Todd: 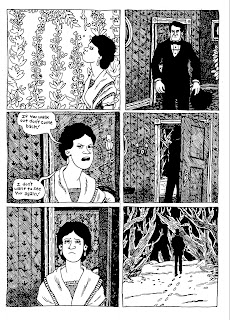 to his complex relationships to the political figures of the times. 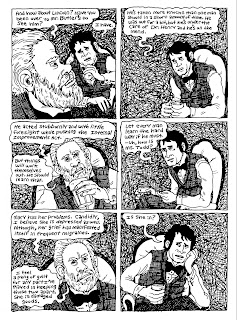 It even contains a number of his original letters and poetry, and it is obviously well researched and executed. Perhaps what is most impressive about this book is that it humanizes this typically romanticized man. He is shown in moments of sickness and weakness, when he was caught up in spells of mental illness and anxiety, what he called "the hypo." He stumbles through social events and struggles in his business dealings and political aspirations, but he maintains an air of dignity, speaking with wit and perspicuity. The verbal interactions are half of what make this book exceptional.

The other half contributing to this excellence is the artwork by Noah Van Sciver. The black and white images and use of crosshatching lend a historical bent to the proceedings, which is only enhanced with his fluid storytelling and expert character work. This book was Van Sciver's graphic novel debut, and an impressive one, but he is also known for his many mini-comics (some collected here) and the series Blammo. Van Sciver speaks at length about his work on this volume in this interview.

The Hypo was named to many "best of" lists when it was released, and it has been very well reviewed. Glen Weldon called it "achingly familiar, relatably human and — most of all — profoundly real." The reviewer at ConSequential called it a "fresh, charming" introduction to Lincoln's melancholy and added that is also an "endearing, engaging and an all-round good read." Publishers Weekly gave it a starred review that concluded, "A thoroughly engaging graphic novel that seamlessly balances investigation and imagination."

The Hypo was published by Fantagraphics Books, and they provide a preview and much more information here.
Posted by Stergios Botzakis at 12:00 PM