The Cardboard Kingdom: Roar of the Beast 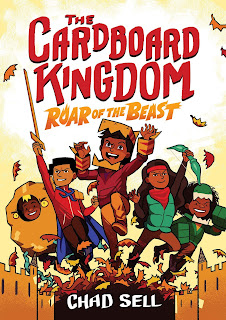 I was super-impressed and loved The Cardboard Kingdom, which I feel is a watershed book in the world of graphic novels for younger readers. This sequel, Roar of the Beast maybe lacks the varied emotional impact of that book, but it offers a more unified and complex narrative. Both books are superlative, and arguing which is better is sort of like arguing whether The Godfather or The Godfather II is better, which is to say that you cannot go wrong with either. 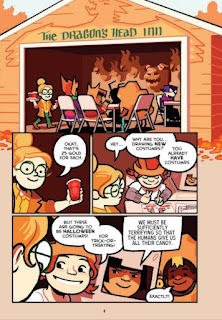 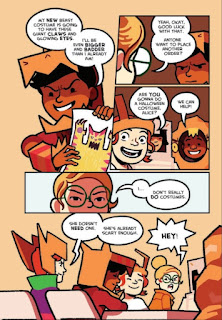 The main plot in this book is that there is great unrest in the neighborhood. Some of the kids are doubting/rethinking their characters, some bullied by older teens, and there seems to be a great beast roaming around at night wreaking havoc and spreading fear. 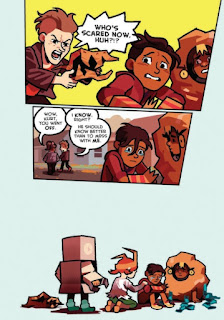 Overall, I think it is a great exploration of emotional issues that young people may experience, and how messy friendships and navigating the many changes of growing up and dealing with relationships can be. It does not downplay the complexity of what people do or feel, and not everyone makes the best choices for themselves, which I think reflects reality. It was a very moving book, and one I think that will resonate with a great many readers, both young and old. This is a graphic novel that I feel belongs in every upper elementary/middle school library.

All of the reviews I have read of this book comment on its excellence. Charles Hatfield called it "that rare sequel that outshines its original." Kirkus Reviews wrote, "Continuing his collaboration with a group of different writers, Sell weaves together an engaging, endearing ensemble cast with a diverse range of gender identities and gender presentations, races, ethnicities, and body shapes." Juanita Giles wrote about how well this books captures the sensations and uncertainties of growing up and opined that it "not only reminds us of what it was like to go through that transition, but just how real even imagined problems can be at that age."

The Cardboard Kingdom: Roar of the Beast was published by Random House Graphic, and they offer a preview and more info about it here.