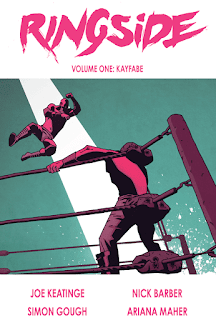 Kayfabe collects the first five issues of the Image Comics series Ringside. It's an interesting set-up, a noir story about an ex-professional wrestler named Danny Knossos. Danny used to parade around the ring in an elaborate costume as the Minotaur, but time has caught up with him. Now he is an older, beaten up man with some savings and not much else to his name. 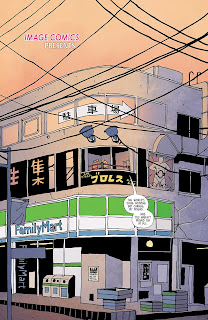 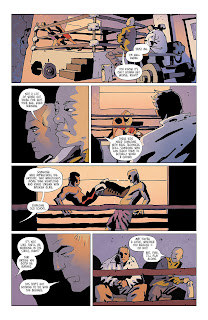 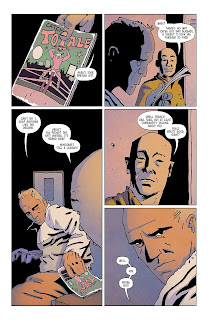 He's burned a lot of bridges in the business, and he's come back into town looking for the ex-boyfriend he abandoned to pursue his wrestling career. Finding a huge mess and a lot of shady dealings, Danny decides that he is going to go after the bad guys and get his revenge. The problem is that he is old and not very focused. He gets saved a couple of times by a bail bonds agent named Terrence who is smart and calculating, not to mention savvy about dealing with violence and violent people. The two form an unlikely and shaky alliance, and a lot of the fun in this book comes from their interactions. I am not going to spoil all the plot twists, suffice to say that Danny's actions bring a lot of fallout and exciting drama. This is the first of three books in the series, and it definitely has me hooked for the duration.

Ringside was written by Joe Keatinge. with art by Nick Barber, Simon Gough, and Ariana Maher. Keatinge has written a bunch of series across lots of different genres including Glory, Shutter, and Flavor. Barber is fairly new to comics, and as far as I can tell this is his only published work as yet. Gough is the colorist and Maher the letterer, and both of them have multiple comics credits to their names. Keatinge and Barber offer more insight into their work on the series in this interview.

All of the reviews I have read of this book have been positive. Kay Honda wrote, "In short, on top of a very interesting first chapter to a larger story, the artistic team works wonders with the layout design team to create an airtight comic all around." Zedric Dimalanta called it "one of the more interesting comics in a year that has thus far been full of interesting comics." Benjamin Raven summed it up as "one heck of a read."

Ringside: Kayfabe was published by Image Comics, and they have a preview and more info about the entire series available here.
Posted by Stergios Botzakis at 12:00 PM